A Kiss Before Dying DVD Review 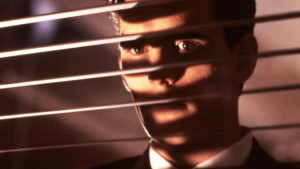 Dorothy Carlsson is about to marry the man of her dreams Johnathan Corliss. She hasn’t told anyone about him or even dared to breath his name to any of her friends until they are locked in holy matrimony. Johnathan meets Dorothy away from the limelight and takes her to the court house. They get to the door of the registry office but find that it is closed. Sadly the dream will have to wait until the door is unlocked and they can become the happiest people in the world. So Johnathan takes her upstairs to the roof and a view of the city.  While there they talk of the future and the hopes and dreams it will bring. Then he pushes her off the top of the building to her death before simply walking out to the street below. 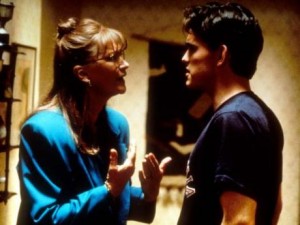 Neo Noir is a true delight for anyone that loved the original film noir movement of the mid 40s-50s. It often remade (as in this films case) great Noir classics and injected 90s glitz and gore. This movement had some highs like Blood Simple and some lows like the awful Insomnia.  This film sits comfortably in the quite good and even a little great box of Neo Noir films. Dark, bold and evil in places it creeps up on you. Dillon is very good as a cold and detached sociopath. He adds a layer of cool and early 90s smooth to his menace. He is the star of the show for me and deserves to be recognised as such. The other pieces of the puzzle worth looking at is the subtle direction by Deardon. He kept very close to convention but has an odd classic revisionist touch. Now often good has a counter point in bad and here we have two pieces of the puzzle that don’t fit. Firstly Young, who was not first choice or even on the film during Pre production. She is beautiful but hollow and it hurts a little. Then you have the plot which has a few gapping holes. These are easy to suspend but niggle a little in the end. 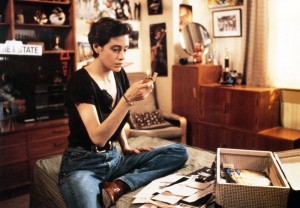 So to the DVD. Buy it yes but it is empty of any content. I feel that Simply Media are great at making solid films have a modern presence but this is a joke and they should not be so horrid on us.