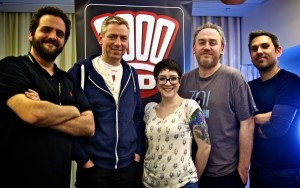 2000 AD was first published in 1977, the year of Star Wars, punk and rebellion. It featured violence galore, subversive humour and political commentary that was on the nose. Fusing the then failing action comic with the political. It launched icons like Judge Dredd, Strontium Dog, Thurg, Rouge Trooper and Nemisis. By interviewing the famous staffers from Neil Gaiman, Alex Garland, Dave Gibbons and Karl Urban (among many others!) we get a feeling for the rebels behind the graphics and the challenges they had to face in order to get those black and white cells to reach us each and every week. 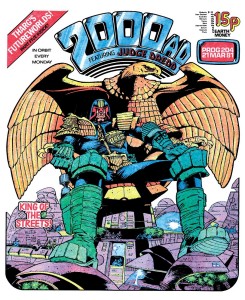 I grew up reading 2000 AD. I am not a new to the game type, nor am I a handed down lover like some. This means in my opinion, that I missed the excessive love or desire that some of my contemporaries have. They see 2000 AD as the greatest subversive comic of all time. I see it for what it was, the exploitation era take on action comics of the 1950’s and 1960’s. This documentary exposes some of this but it also falls into the trap of an obsessed fan and lover. The documentary doesn’t probe the statements made. It doesn’t explore the roots of the makers and what they were inspired from or felt in regard to the creation of their love and the works that made them want to do this. It doesn’t push the views given further than to play what they say and let it sit. The sad thing is that this fails to serve the work of 2000 AD. It fails to ground the craft people in so much as it misses what made them. This is criminal and very sad in my opinion. 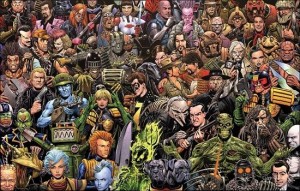 The other issue is that the documentary really has little to work on after a point and gets caught up in its own passion. It fails to expand past a very specific set of points. All of which it goes over….often…

The extras are very very good. The interviews and Strip features were my favourite’s. They give something extra to a piece that is as I felt, weak. The feeling I have is that watch the extras straight after the filma nd you will not feel failed by it.