The Light Between Oceans Blu-ray Review 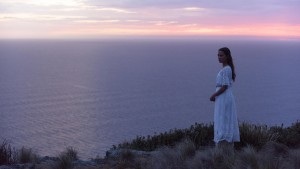 Director Derek Cianfrance continues his exploration of family, love and relationships with The Place Beyond the Pines, based on the bestselling novel by M.L. Stedman. Combining a popular novel with an A-list cast resulted in surprisingly middling box-office results (the film just barely recuperated its relatively low budget) and a mixed reception amongst critics. Frankly, it is not hard to see why: despite making use of the natural beauty of its filming location and its cast, the film veers far too often into melodrama, and feels like a step back for Cianfrance.

Tom (Michael Fassbender) and Isabel (Alicia Vikander) live in isolation off the coast of Western Australia as Tom works as a lighthouse keeper. Cianfrance has an acute understanding of romantic relationships, and the blossoming of their relationship is handled effectively and with great care. Fassbender and Vikander share an undeniable chemistry (and they should, as the pair fell in love during filming), and Cianfrance does an excellent job bringing their passion to the forefront. Issues begin to arise when the plot kicks into high gear – after failed attempts to have a child, a baby girl arrives adrift in a boat. Determined to give her a full and happy life, they choose to not report the child and take her in as their own.

Predictability is certainly a fault here, as once the baby arises; an air of suspense hangs over the film. It is odd then, that Light follows every predictable beat, and some strangely implausible moments are required to propel the plot forward.  As the film heads into its third act, it becomes less of a compelling romance, questioning what one will do to protect their love, and more of a corny melodrama that feels desperate to wring tears from your eyes. The source material appears to be part of the problem here, and Cianfrance struggles to make much of an interesting screenplay from it. Still, with some searing performances from Fassbender, Vikander and Rachel Weisz and some truly striking cinematography, the film is largely watchable, even if it its two-hour plus runtime is excessive. 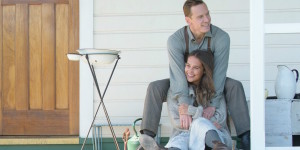 Thankfully, fans of the film will have a terrific Blu-ray release to enjoy. Entertainment One have put forth nothing short of a phenomenal audio and video transfer, and it’s a pleasure to see a film that looks so beautiful shine on the small screen. There’s also a good set of special features, most interesting being the commentary track from director and screenwriter Cianfrance and film professor Phil Solomon. The two are an engaging team that covers a lot of interesting information about the shooting of the film. There are also two featurettes, one on finding the film’s locations and the other exploring the film’s thematic elements. Despite the film’s problems, there is enough going for Light Between Oceans to warrant a watch, and it’s a must buy for fans of the film.