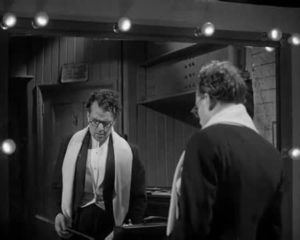 If you search for THE HALFWAY HOUSE, you will see that many consider it a ‘ghost story’. What you are actually getting is the beginning of the Ealing style of cinema. Made a year before DEAD OF NIGHT, this is the template for the post war output and the end of the war productions. This is not to say that you do not get a ‘ghost story’. Far from it. This was made at a time of national strife and insecurity. However the take away for film students is more clearer. This is the beginning of one of British and world cinemas studios. 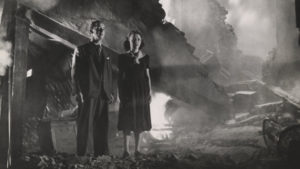 Set in the latter part of the war, Basil Dearden (The Blue Lamp, Pool of London) direct a group of separate individuals, diverse and all with problems.They take shelter at a remote Welsh inn during a storm. The problem is that this inn was not supposed to be here. It was bombed. The owners are alive and well it seems. They also have a few tales to tell. A few lives to help. A few souls to see on their way to a better place. 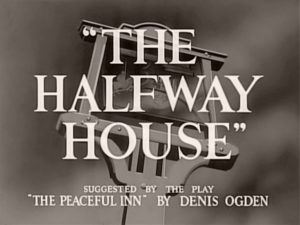 So you know how I feel. I love the film, its studio and its director. I am also very impressed with the VINTAGE CLASSICS release. THE HALFWAY HOUSE arrives for its first outing on Blu Ray and I think we are all very much impressed by it. The 4K transfer compared to the DVD, cleans up all the little light grains, film stock blooms and even fixes that horrid static on the image. This made the DVD less than exemplary. It also meant that the only version around was below par. You could say that it feels like it is etched out by the beauty of framing.