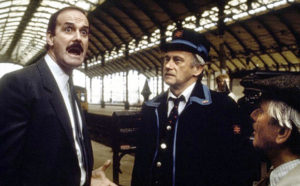 Remastered, reissued and released away from the forum of random television channel. Before John Cleese became the spokesman for Brexiteers (ie lives in another country, belittles any factual information and has a irrational hostility to the EU), he made this. The former Python and Basil persona, makes a case for this being added to another entry to the masterwork of comedy lexicon. Parodying the insanity of 1980s, the class corrosion, decay of the stiff upper lipped and everything in between. 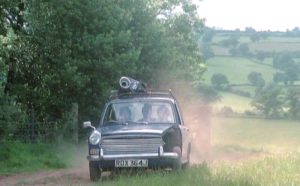 Welcome to the life of Brian Stimpson (John Cleese), headmaster of Thomas Tompion Comprehensive School. He has been elected to chair the annual Headmasters’ Conference.He is the first headmaster of a comprehensive school to chair it and so lucky him. He gets the award for his efficiency. Everything runs “like clockwork”. That is until he has to go to Norwich to give his speech. Then everything goes wrong. He misses his train, he misses his lift and he mislays his speech. So now he has to ask the question, What else could go wrong? Well as expected…everything might just… 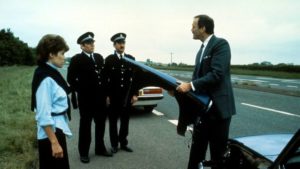 To you, dear viewer, is the glory. If, that is you have not seen this comedy classic. I saw it at the beginning of the 1990s on terrestrial television and loved it. The over the top Cleese is a delight from start to finish, honing his absurd physical manners with a projection of unstable and uncontrollable authority. It might have over watered the plant in other films but here it is judged to perfection. The new transfer doesn’t over blow the image, the grain or the clarity. Keeping the richness of the piece, while not overburdening the whole. 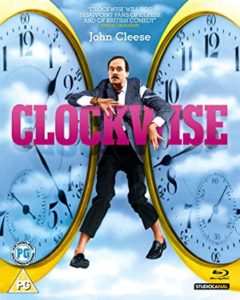 Sadly the extras are light. The best is the Cleese talk about the film from its creators writing that he loved to the model of the man he plays is informative but not exceptional.