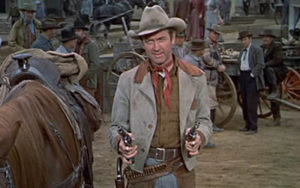 James Stewart starred in quite a few westerns. Quite a few westerns indeed. Most of those he starred in are brilliant. From John Ford’s THE MAN WHO SHOT LIBERTY VALANCE, to BANDERLERO, a studio spaghetti Western by Andrew V. McLaglen. Rough and tough. Sprinkled with wit, humour, dust and dirt. Five of these had Anthony Mann at the helm. A director of nuance and craft that was and is undervalued even now. THE FAR COUNTRY is one of the most interesting of the genre, pairing and for me, of Stewart’s career. 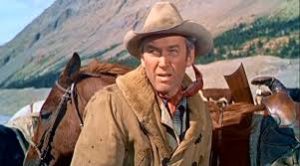 Jeff Webster (James Stewart) and friend Ben Tatem (Walter Brennan) drive a herd of cattle into Dawson City. Judge Gannon (John McIntire), a loathsomely corrupt man, is so offended that this interrupts a hanging he confiscates the herd. Jeff and Ben take the animals back after a little scheme involving running another load of cattle, which upsets Gannon and he makes it his duty to get them and get them good… 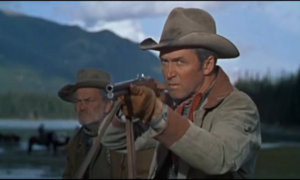 Dispensing with my usually frivolity, I will get to grips with the disc. First the aspect ratio. I prefer the toned 1.85:1. It naturally screens the film better and although the 4K hasn’t made the films restoration complete, it has graded it overwhelming cleaning, sharper with a core on the flesh colour. 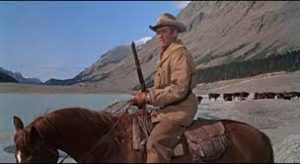 1.85:1 revels in this. I just found the 2.00:1, wider, without textured and flat. Made at a time when the western was coming of age and as interested in extracting ‘reality’, then simply shooting and riding. So you get the vistas and they  are more wintry, dirty and gummed up with muddier tones. I have to give credit to the team. My DVD lacks a richness, found here. 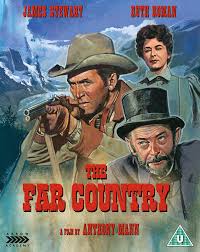 I like my top three. Some have said, tell us about the whole disc but most seem to like me pointing you to the best on the disc. So here. The best by a mile of trodden ground is American Frontiers: Anthony Mann at Universal, an all-new, feature-length documentary with Mann biographer Alan K. Rode, western author C. Courtney Joyner, script supervisor Michael Preece, and critics Michael Schlesinger and Rob Word. Well researched. Mann focused. Historically textured and finally, well timed. Mann of the West, a newly filmed appraisal of Far Country and the westerns of Anthony Mann by the critic Kim Newman. 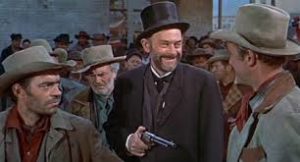 I complain that Arrow use the same people to often but here Newman deserves a round of applause. Adding the dimension of Mann as the western film maker look at the genre in a studied way, works. Kind of. Finally New audio commentary by film scholar Adrian Martin, at its end, you know. You know about the films making, locations issues, direction and more. Structured and scatter gun in one move…