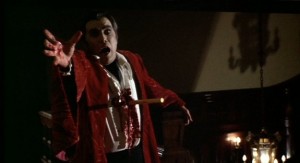 Count Yorga (Robert Quarry) is a mystic and some what eccentric but also strange character that is frequenting west coast parties of the middle class kids. He might be just another odd ball that has nothing to say or do but make money by conning people with cheap tricks and thrills. Then when two guys are stranded outside his mansion and one is attacked and drained of half of her bodies blood, alarm bells are raised. When the Count is not seen during the day after, questions begin and nightmares are encountered. 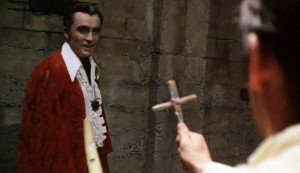 Yorga is for some, the pinnacle of the drive in movie from the 60s and 70s period. It has camp elements, sex, violence and the setting of the average place and average space of the viewing public. The first film is solid and the sort of ride that makes the audience commit with joyous screams and thrills. You know what you will get but will love it anyway. The sequel is a little ropey. I remember Blacula here because I loved the sequel (also that director, shoot both of these films!) and thought the first was hog wash. The sequel film is like that series first part. Weak plot, dull direction and a geniue lack of care. Made simply to make us spend cash due to the original (in this case) and in the case of Blacula, due to it being a swipe at dominate cinema. 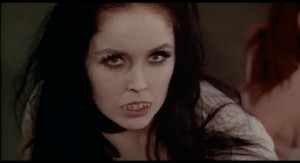 Arrow give us a great boxset. The HD versions of both films are great with the blu ray making them become crisp and clean. The sound has a few issues but in the majority it is good enough. Commentary on both by David Del Valle gives rich, constructive film information that is from a very good film commentator. A good choice from the Arrow boys here! The other delight is Kim Newman. He is an institution of cult cinema and we delight in his interview.

First pressing only: Booklet featuring new writing on the films by Frank Collins