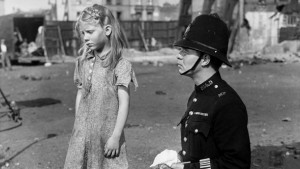 London of the post war period, filled with shattered buildings, playing kids and bobbies on the beat. When a pair of local hoods, who have already spent the previous day stealing a haul of jewels from a small time shop set out to rob a cinema, they think it will be easy. However when they come unstuck and are discovered in the act they panic. Instead of a rich haul of cash they end up shooting a policeman and running off. Now the police have to track them down and make them pay for their crime. 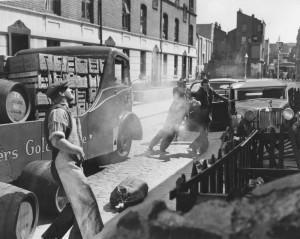 The film that inspired that British television institution ‘Dixon of Dock Green’ and written by T.E.B Clarke, who took his own experience of policing (and later wrote an Oscar winning script for The Lavender Hill Mob). Think classic film making standard and clean straight narrative with morals, arch’s and movements. Visually balanced between realism, with the post war London shells of housing and bomb sites, with that feel of social inclusion and togetherness. It has all the hues of a film that is paternal and powerful, demonstrating that some great films can be found if you look hard enough. For me this is the film that underlined the style of British film making of the period.  Giving the viewer a moral tale that might irk some today. 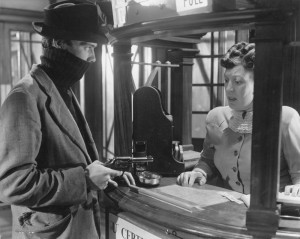 This is my way of saying the the film has undertones of patriarchal ideology and social political rationality that ‘post’ modernists will be clawing at the face about. The police are good in this and righteous (not as accurate as it is made out) and do things for the benefit of you and me. The villains are poor and weakly motivated (We know this is untrue as well). The wider society is split between those wanting order and those wanting decay (Poor have no order or desire for it BTW). This all said the film is a clear and clever version of events. It shifts gears, balance and effect well. Deardon directs with skill and style, adding a layer of sexual, personal and political tension that is interesting.