QT. Quentin. Tarantino. A name that almost everyone knows. A name that means so much. Conversations about his form, the use of genre, the language of people, the quality of his work post one film and before another, dominate the critical narrative. This documentary explores the man, his first 8 movies and the legacy of Miramax. 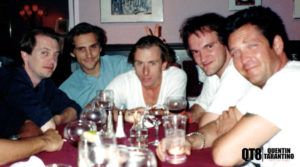 Guided by a few stars, producers, actors and critics, we navigate from Tarantino’s first RESERVOIR DOGS, which caused a sensation. Next modern masterpiece PULP FICTION, then an adaptation JACKIE BROWN. KILL BILL 1 & 2 slice, including the incident that left Uma Thurman injured. DEATHPROOF crashes. INGLORIOUS BASTARDS QT’s warsploitation and DJANGO UNCHAINED sees us out. 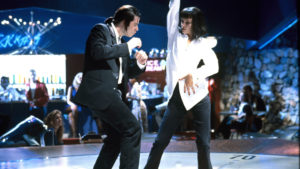 QT is an enigma in many respects. He makes crafted genre films. He knows film inside and out. He is a film geek that wants to end on a high and on a list that stops at 10. I suspect that many film students will spend untold time in discussing his oeuvre. His mindset and his qualities. I will not. This documentary tries to see between the lines of the man and his myth. It fails a lot. Sometimes it examines a detail with insight. Samuel L Jackson talks QT writing, which is interesting. 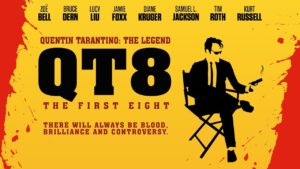 Jamie Foxx talks racism. Which is textured. The piece about Thurman’s crash is stand back and respectful. It also is succinct. Often however it is lapsed. Michael Madsen talks Weinstein and we end with a conclusion that is very non committal. One takes responsibility but if feels like avoiding at all cost. This in the end makes the piece feel less complex as the situation should be and it becomes flattened.