CHARLIE SAYS is released on demand and on DVD shortly. The story of the Charles Manson family, directly exploring the link between the women drawn into a web of matriarchal power and the monster that is its figurehead. This might seem a simple enough narrative but it extrapolates the world of the time (writ with sexuality and drugs) and defuses the violence and oppression enacted by its evil leader.

In the prison system, three of the Manson family live in isolation. Offered the chance to study, they instead tell the story of Charles and his family. Staring with free love and dwelling on a farm in the abyss of back of beyond America. Attracting wayward graduate students, homeless runaways and the eternally lost. Then it moves to panhandling, theft and finally murder is on the cards. 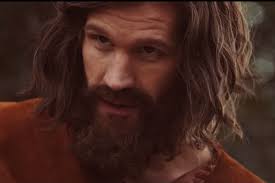 The narrative around Charles Manson is problematic. It often deals with the man and centrally with his myth. Now I cant reject that it finds him often a monster but it fails his family, refusing the idiom to engage the vile nature of control. Mary Harron, the director of AMERICAN PSYCHO, could have introduced a newer reflection on the monstrous crimes with CHARLIE SAYS. What she does is something far more interesting. Creating a new discourse on a difficult subject. With ONCE UPON A TIME IN HOLLYWOOD sure to play as renegade with this situation. The centre of CHARLIE SAYS is the three female murderers. 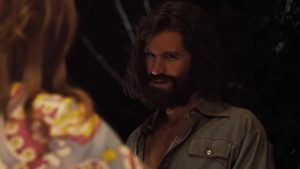 The narrative establishes a different angle on the crimes. How they were female enacted and directed. Then we have the rejecting of the mythical Manson. Harron is skilled at finding the male monster in her work but here she underlines the female role in crimes. The gender imbalances in society, sexual diffusion and expression of anger are handled with subtlety. 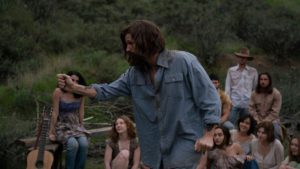 The direction is contained and contrasts well with the script. Flowing along with reflection on the events, it never meanders. Its tightly told and interestingly the casting is clever. Smith is an ephemeral player and this allows the women leads to control proceedings. They are charismatic. Contorting the identities and deceptive nature of the events. Crafting a disturbing tale.