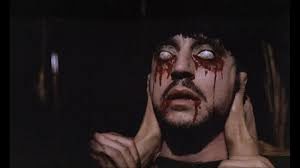 When filming began for ‘Horror Express’ in Madrid, producer Bernard Gordon must have been quietly confident of a ‘Hammeresque’ picture. Not only due to the genre but with two key stars from the studio heading the bill, it seemed logical. What we get instead is an odd blend of creature feature and sci fi / alien possession picture. Sometimes snow blinds the story but all time is made up for. Even its financial restraints cannot stop it from hurtling, with eyes popping, hairy hand slashing and blood dripping, to its final destination. 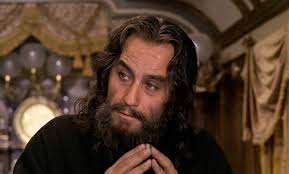 Saxton (Christopher Lee) an anthropologist, is returning to Britain from China. He is travelling on the Trans-Siberian Express to Moscow. Saxon discovered a primative man, frozen in Manchuria. Hoping the discovery will prove to be the missing link in human evolution, Saxon sees fame. Alongside him on the journey is Dr Wells (Peter Cushing), returning home after a spell away. Father Pujardov (Alberto de Mendoza), Polish Count Marion Petrovski (George Rigaud) and Countess Irina Petrovski (Silvia Tortosa). All will discover that the fossil is much more… 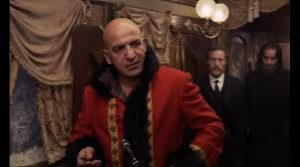 ‘Horror Express’ is an example of the Euro low budget horror craze. These were simply ‘shot a popular genre film cheaply’, backed by Italian or Spanish money and featured some famous faces. Here Christopher Lee, Peter Cushing and Telly Savalas all walk the train. This film is very different from a host of those made however. Here is why. Yes, it is a minor film that was made economically. It is also creatively written and interesting directed. 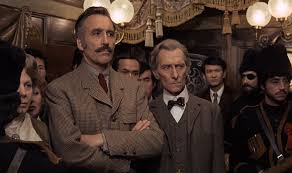 Some would laugh at this but I feel that a director with such limitations, pulling off this great horror film, deserves credit. Also the film lead to great other films, without this we would not have had a whole host of other possession, alien films. When I am in my more fanciful moments, I dream that director John Carpenter watched ‘Horror Express’ and derived the whole structure for The Thing.  Though the idea is absurd, it always makes me smile. 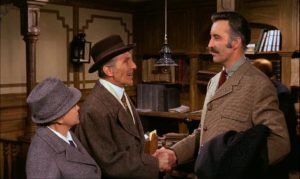 Ok, the 2K has reclaimed the film from the abyss of the DVD print that was washed out and dull in colour. It is not amazing however. It used to look snowy, now it just looks cold. The best extras are the commentary by Stephen Jones and Kim Newman. Both great and both love the film. They detail everything and even discuss Cushing and his sadness at his wife’s passing. Eugenio Martin tells us about his problems as director. This is why I praise him. He seems able to resolve the issues with skill and a bit of wit. Bernard Gordon Notes…excellent… 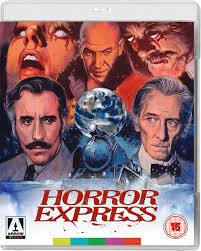