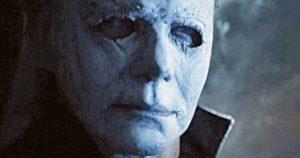 After Rob Zombie’s brace in the series, decided enough was enough. Then the failure of Dimension pictures to make another sequel, up stepped Danny McBride, David Gordon Green and Blumhouse. 40 years after the first film, stalked and slashed its way into our collective mindsets, they return to Haddenfield and the night of Hallows Eve. Halloween 2018 or Halloween 11 as some have known it, is the continuation of the first film from the franchise. 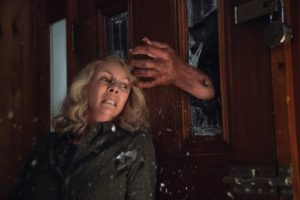 The same franchise which lead to the slasher boom of the early eighties, that also lead to the recent slasher re releases on blu ray. As well as all the reboot, remakes and blood soaked, speared and stabbed human cattle thrills of the genre. When it was announced that John Carpenter and Jamie Lee Curtis were working on the film, expectation was high. The result? Well its a mixed bag if ever there was one. 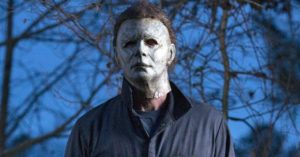 We have the remorseless, malevolent Myers back. Far removed from Zombies dulled humanised creature. David Gordon Green direction is excellent. He allows the film to develop and breathe with characters established and tension held. Curtis is excellent and kicks ass. She proves that as an actress and star, she is hard to beat. Ever. 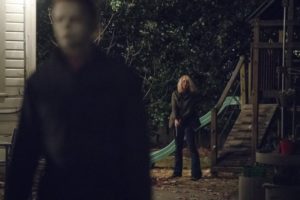 This doesn’t save it though. The script is dull, with misplace wit in the in jokes and fails to handle the subject thoughtfully enough. Its overly long. Paced unevenly and at its core, the film feels like a substandard version of the first film. Horror has moved on from the slasher film. Thanks to IT FOLLOWS and GET OUT, we are into horror that is far more personal and wider ranging. Slash has moved into psychological and body horror merges that I find fascinating. The HALLOWEEN fan will love this film but it is not as good as the original, its sequel or even that third film that was slated sadly. 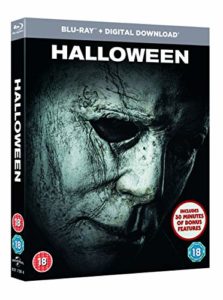 A lot of bland, back slapping goes on in these discs. Nothing really interested is introduced. The only good bit is the deleted scenes…