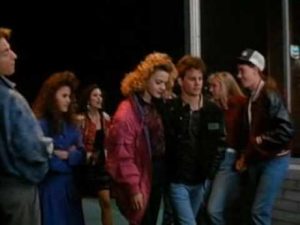 Gas…well if you drive you need it. Food…yep, we all need this. Lodging…also essential. Allison Anders 1992 family drama, returns via Arrow academy on Blu Ray. Nora (Brooke Adams) lives in a trailer, works as a waitress, has two daughters Shade (Fairuza Balk) and Trudi (Ione Skye). Her husband disappeared sometime back and now her life is less complicated, some might say peaceful.  But that is about to change. Shade and Trudi are teenagers and their lives are about to intrude on that peace. One is hanging with naughty boys and the other wants to find her a man, thinking it will bring better things for them all. Will it? 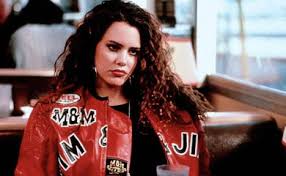 1992. Indie cinema from the American heartland was changing cinema. However women were (and still are) under represented in this. Gas, Food, Lodging might have heralded a talent in Allison Anders but it was far from the best around then or now. However it did the classic thing. It scored well in the festival circuit. Berlin went crazy over the film. Fairuza Balk also won the 1993 Independent Spirit Award for best female lead for her role. However GFL lacks some of the wit of Things Behind the Sun or the emotional tenderness (and violence) of  Mi Vida Loca. 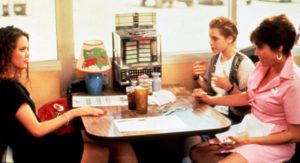 So Arrow have come to us with a 1080p version. It is sufficient in keeping the celluloid and extracting wear and tear. However the DVD print (bar the grain and white) was very good. Taken from a master which was quality I suspect. Arrow have invested but I ask if it has helped? Did not see the essays. Cinefile: Reel Women(Chris Rodley, 1995) is simply the best thing on the disc…