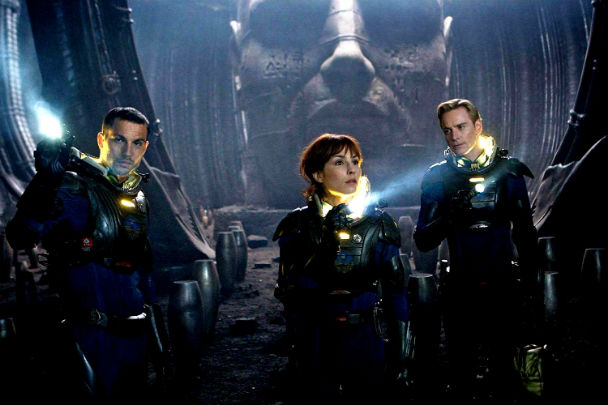 What a big fat disappointment. While a perfectly decent sci-fi action film, Prometheus sits firmly in the ‘could do better’ category and reeks of unfulfilled promise. It could be considered unfair that for this particular film, the four and five star ratings were always going to be more difficult to come by, such is the weight of expectation. But then there is good reason for fans and cinema avids to have been straining at the leash to get to see it. A returning king, Ridley Scott, responsible for the seminal sci-fi horror Alien is returning to the film that shot him to success and garnered him acclaim, there are so few things in life to get excited for but this must certainly be one of them. More crushing is the disillusionment after the feverous anticipation, despite producing a good film, Ridley Scott is off my Christmas card list.

To put the Prometheus experience into a little bit of context it was originally conceived in early 2000 as Scott and James Cameron plotted a sequel to Scott’s film Alien, unfortunately the film became sidelined in 2003 when the Alien vs. Predator franchise was 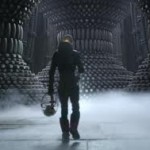 unveiled. In 2009 Scott had Jon Spaihts write a script for a prequel but then in 2010 decided on a different direction for the film, bringing on Damon Lindelhof to help rewrite Spaiht’s script to create a separate strand of story that was based in the Alien universe. Fans have been waiting 3 years from the first script until now, 3 long years…

The exploration vessel Prometheus is on course to planet LV-223, whether this is nearby LV-426 that appears in Alien and Aliens is never made clear, after an archaeological discovery by Elizabeth Shaw (Noomi Rapace) and Charlie Holloway (Logan Marshall-Green). The couple, whose performances are on opposite ends of the talent spectrum with Rapace emulating Sigourney Weaver’s heroine extraordinaire, discover cave paintings around the world and from different times that indicate that there were alien visitors whom 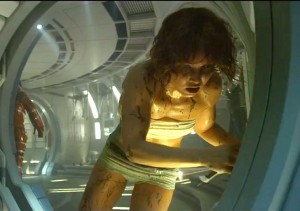 the civilisations worshipped and their murals direct them to the planet LV-223.

The ship is captained by the gruff but morally sound Idris Elba’s Janek, one of the few performers to come out of this with dignity and possibly an enhanced reputation, the Brit can produce an American accent that is more credible than most US residents. On board is bland Weyland Corporation representative Meredith Vickers (Charlize Theron), biologist Milburn (Rafe Spall), geologist Fifield (Sean Harris) and, a new android for the Alien universe, David (Michael Fassbender). This motley crew and some of Weylands hired guns attempt to help Shaw and Holloway unearth the secrets to human life, to meet our creators, but then the public are well aware of this from the trailers. There are just a few more aspects of the story to unfold and they are jaw-dropping, but your jaw will only drop to let out a sigh or to yawn.

Now of course it would be preposterous not to mention that the visuals are stunning and the production values blah blah blah. There is no point. It cost a lot of money, of course it looks great, but it doesn’t really LOOK great. The analysis of tiny detail and the intricacies of situations is lost and replaced by a bombastic computer generated aesthetic. The sticky unclean feel of Alien is gone, the tense building of anticipation is forfeit and worst of all there is no chance for most of the characters to develop and sustain a presence within the movie. Director and writers, hang your heads in shame, Scott said this film was darker than Alien, only if you close your eyes. 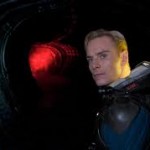 The saving grace of this grand theft Alien is Michael Fassbender. He invokes the spirit of Ash before him, he is the link to the original that proves there must be some of the old gift left in Scott, why he chooses to ignore it for the most part is the reason this film is unremarkable. Fassbender is remarkable however, as David, the latest android to appear in the Alien universe. Fassbender may well trump them all with his cool and calculated take on every situation, his unflinching gaze and subtlety is refreshing in the cacophony of banal that is the rest of the film. His eeriness is transfixing and he uses the experience of the previous androids to achieve a sinister serenity. Noomi Rapace and Idris Elba perform admirably but not any more than is expected from the roles, it is Fassbender who exceeds expectations while the rest sit in a Scott made comfort zone wherein nothing different is expected, this film was not made to challenge, merely to exist.

Yes there are 3 stars at the top of this review, yes it does not read like a three star review but it is. The film is fine, even good because it does everything you expect from sci-fi action. There are cool spaceships and scary aliens and fire. But it is the lack of everything aforementioned that leaves it nothing but tattered remains of a dream of something exceptional. Such overwhelming disenchantment is not easy to forgive, where is the mastermind behind one of the greatest films of all time? This is not quite RIP Ridley Scott but it does call into question his ability to achieve the same quality. If Alien is perfection, Prometheus is flawed. Scott wanted Prometheus to begin a different strand of the Alien universe, I would prefer it if he kept it away from Alien altogether. This leaves the idea of a Blade Runner sequel/prequel with its work cut out. 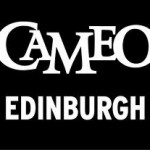