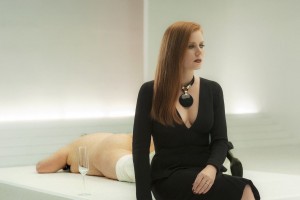 Looking to apply the sumptuous style and sophistication associated with his fashion design to a cinematic canvas, Tom Ford’s dazzling 2009 debut ‘A Single Man’ as Colin Firth’s 1960’s grief-stricken professor struggled to cope with the loss of his beloved boyfriend, marked him as a talent of real substance. With the startling and free-spirited opening frames of his latest film adapted from an Austin Wright novel entitled ‘Adam And Susan’, you could be forgiven in thinking that Ford has hijacked the much-anticipated new series of David Lynch’s Twin Peaks. Yet it proves to be a tantalising taster and the ideal juxtaposition for its leading lady, as ‘Nocturnal Animals’ stacked story fuses the distinct excesses of various genres to delicious effect.

A lost soul in the distant decor of a flagging Los Angeles art gallery, elmofed.com the almost ghostly complexion of Amy Adams’ Susan Morrow is befitting of her emotional state. Lamenting the superficiality and questionable quality of what is constituted as modern culture, which has helped to mould her own persona and could potentially break her. Cold and indifferent towards her current husband Hutton played by Armie Hammer, putting a significant strain on their marriage.

Craving an injection of inspiration within the emptiness of gamf.net her mind, it arrives in the form of a book manuscript crafted by her first love Edward Sheffield (Jake Gyllenhaal), whom she hasn’t seen in 19 years. As a viewer, we become immersed in his passion piece dedicated to Susan as Gyllenhaal fleshes out his dual role Tony Hastings, initially confined to a long and winding highway.

Leaping seamlessly between the steely stares of its compelling character drama and the brutal thrills littered within its murder mystery, as standalone stories they are engaging, but it’s how director Ford intertwines the plot threads and draws character parallels within the film’s narrative tapestry which is truly impressive. 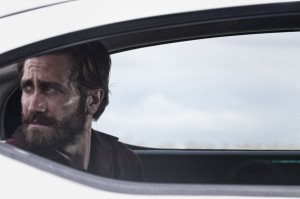 The fragility of one’s masculinity within Gyllenhaal’s respective performances, as the familial threat for Tony (Isla Fisher and Ellie Bamber’s mother/daughter figures anagazawe.com providing terrific support) weakens him as much as Edward’s confidence crisis, as he pleads for encouragement to aid him in his chosen career path. The element of reconnecting with yourself through the power of another person’s art, with Adams’ increasingly muted protagonist merely sighing in sadness as she becomes engrossed by the book, mourning in fiction what she believes she has lost in reality.

The intoxicating worlds in which Ford allows his characters to inhabit, anchored by an amazing score by Abel Korzeniowski which possesses echoes of the more contained moments that underpin a James Bond outing, are beautifully crafted. The skewered framing and extreme long shots to compliment Susan’s icy demeanour, counter-pointed by the stifling close-ups and sweltering heat that saturates Tony’s Texas-based trauma, littered with visual motifs that possess a palpable sense of purpose.

A protagonist looking to romanticize the past, Amy Adams worldblog.net is superb in subtly conveying the pain and regret that consumes Susan, whilst Jake Gyllenhaal’s double duty showing is further and fantastic proof of his versatility as he spirals out of control. Michael Shannon may tread familiar ground with his tough-talking detective, but is granted hammy one-liners that solidify the film’s revelling in genre pulp. Yet the real revelation here is Aaron Taylor-Johnson as redneck Ray, who instills a ferocious sense of terror to proceedings.

A lucid and provocative picture that taps into the darker recesses of our minds, Tom Ford’s ‘Nocturnal Animals’ is a sensational, stylish masterclass that will leave you peeling away at the layers of its rich narrative for days.