Leave It On The Floor Review 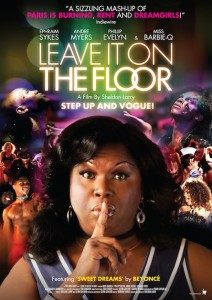 With a ferocious energy which so many musicals lack, Leave it on the Floor is a fierce and vibrant exploration of the Ball community.

First examined in Jennie Livingston’s 1990 documentray Paris is Burning, the LA Ball scene is all about fashion, fun and flaunting. For those not acquainted, the Ball competitions are structured around contestants walking the runway to be judged upon their dancing ability, choice of clothes and beauty. Just like the Balls themselves, LIOTF’s biggest strengths are its style and playfulness.

The cover art may have fooled you into thinking that this is just another Glee but nothing could be further from the truth. This musical is completely void of stereotypes, poor cover songs and predictability.

The script is full of strong characters and some great performances especially when considering many were first time actors. Stand out performances include Barbie-Q’s turn as head honcho Queef Latina, and first time actor Phillip Evelyn as the bitchy Princess Eminence. The former has many of the best lines, but both will surely go onto do more film work.

The only issue is that with so many larger than life characters, the less interesting characters fall by the wayside. Despite Bradley being the main character he is often overshadowed, with his scenes being far less captivating. His actions also often seem to lack any real motive which becomes an issue especially as he is the one who triggers several key events within the narrative. 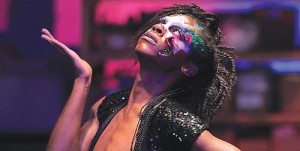 The musical numbers themselves are extremely infectious, most notably Justin’s Gonna Call and Leave it on the Floor, both of which will remain in your head for days afterwards. The choreography itself is inspired, being both energetic and imaginative. Therefore it was no surprise to learn the Beyonce’s choreographer, Frank Gatson Jr was behind it.

The plot is extremely intriguing and certainly educating for those not as aware of the scene. The only real shame is that the film never explores the scene enough, especially as it is so interesting. By the end it feels like we have merely skimmed the surface of a movement which is so much bigger.

Overall Leave it on the Floor is a joyous and lively cinematic experience that needs to be seen with an audience to be truely appreciated. This writer has certainly not had so much fun in the cinema for a long time!