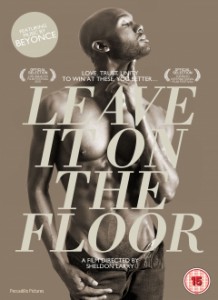 On Wednesday night the Leicester Square theatre was buzzing with anticipation for the premiere of Leave it on the Floor, an energetic and colourful musical set around the LA Ball scene. Screen and stage legend Simon Callow was there to introduce long-time friend Sheldon Larry, who went on to give a little background to his film before it began. Throughout the audience were cheering and laughing along, something which was very refreshing. Usually with any multiplex audience most are engaged in unrelated conversations, transfixed by their phones or stuffing their faces with stale popcorn. But Leave It On The Floor left everyone attending thoroughly engaged and by the end credits the room had erupted into rounds of applause. Those attending were then treated to a show from the Supreme Fabulettes, bringing some 60s glitz and glamour to the evening.

We at Front Row caught up with Director Sheldon Larry to discuss his film and how it all came about:

FRR: So tell us Sheldon, where did the idea for Leave It On The Floor come from?

Well I developed it literally 20 years ago when I saw this documentary Paris Burning, which is an extraordinary documentary about the world. And I saw it and 20 years ago I thought this should be a musical. About seven years ago I was doing an African American project in LA and I thought years and years ago I had this project to do something on the Ball community. So I started going and grabbed the writer (Glenn Gaylord) along to come with me. I wanted to do it as a musical, I wanted to do it as a slight fantasy. I got close to the community and they let us in and trusted us over the year we were with them. They started to open up and we spent 3 years working on the script and I just kept thinking where am I going to get the money to do this, a drag ball musical, what am I thinking?! But it just sort of happened. I heard this one song by 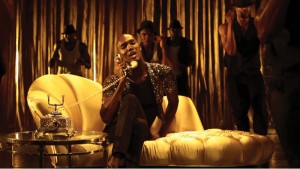 Beyonce’s music director, and I was so impressed. When she was free I sat her down in Starbucks and after my presentation she said she’d do it! And I said ‘What!?’. Before her we had pursued Madonna, and a bunch of other people but nothing, so here I was she said yes and I was like wow. So we got to work on the score and she told Frank Gatson about it who is Beyonce’s choreographer and he called me and actually offered his services on it. I teach at the university of Southern California’s film school, and I have access to certain resources there. About 50 of my students had deferred contracts on the movie. So we were shooting the movie but also having a seminar onset everyday! And it just came together. Any ball community member who wanted to be a part of the movie is in the movie. The actor who plays Princess, Phillip Evelyn, he’s a ball kid. I contacted his sales manager, he works in Donna Karan. When I saw him he said he always sang but had never done anything like this before. So I asked him to read, but then I asked him to sing he said he hadn’t done anything since he had been in church when he was 16 years old. So I said sing a hymn, sing what you know. I thought he was fantastic and that was where we went from.

FRR: How did you come across the rest of the cast?

The rest of the cast are from all over the place. What I learnt from my students in LSC is that there are extraordinary talents which don’t have agents or aren’t even union members. A student of mine was the casting director, so we’d just invite people. There were some not so good people, but we’d find them. Barbie Q who plays Queef is a hostess. I directed a lot of musicals in New York for about ten years and I invited casting directors and they said there is one kid, Ephraim Sykes, but he was in a Broadway musical. He was doing a show called Memphis. Amazingly he left the show to come do this. From lesser known people, some experience, no experience, ball kids, DMCs, it all just came together.

Leave it on the Floor came out August 1st and currently can be seen at the Leicester Square Theatre.