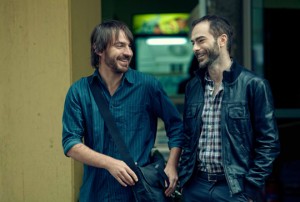 In our current film climate, we have seen a distinct increase in Australian films, which take a dark and dingy insight to the characters and their world. Although on the travel brochures, Australia is about the sea, the sand and the sun, the films have always seemed represent a world that is a little more marred and damaged for those who live there.

Considering just for a moment two of the biggest imports in the last few years, both Animal Kingdom and Snowtown have left viewers haunted by what they have seen on the screen. Both films gained critical praise and are just small ways in which audiences are slowly losing their acclimatisation to a perfect Australia but instead it’s a land filled with violence, racism and social unrest.

Lurching just a little further back, Kokkinos’ Head On was released in 1998; and this, personally was the first example of a film that looked at the uneasiness of the people of Australia, it dealt with the issues surrounding sexuality as well as racism in their current climate. The reason I mention Head On is because it was based upon the novel, Loaded by Christos Tsiolkas. That name may sound familiar; he is the author of the runaway success, The Slap, which was recently turned into a television adaptation starring Melissa George. This series also looked a selection of characters and the many upheavals this one event caused within their lives, it could be seen as a microcosm for the Australia he is writing about. It will be no surpirse then that Dead Europe is also based upon a novel by Tsiolkas, who also co-wrote the screenplay for the film. Dead Europe is also produced by the same people who produced Animal Kingdom and Shame.

At the start of the film we join Issac (played by the haunting Ewen Leslie), a gay photographer who 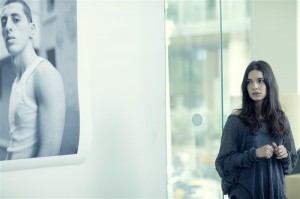 explains that his dad left Greece to start a life in Australia. He has never returned, and he doesn’t talk about the family he left behind. Issac’s brother, Nico (Marton Csokas) lives somewhere in Europe and he never really talks to his family. At the start of the film, Issac is explaining to his father that he is going to visit Athens because he has a show being put on, his father is angered by this and tries to dissuade him of leaving. This leads all the way up to his father’s suicide in the first few minutes of the film.

As soon as the father dies, the story starts and we learn that apparently Issac’s father, and therefore the boys in the family are all cursed because of something that happened during the war with a Jewish child. His mother tries to tell him not to go, and in what was one of the most powerful and raw scenes of the film, she explains that her husband will be buried in Australia at a Church. Issac is fully against this and says his father was an atheist, and that his ashes should be spread through the mountains where he came from in Greece.

The Greece that we are shown in Dead Europe is dirty and manipulated. There is no beauty, just a mash of people thrown together who don’t want to be there. The colour of the film is drained and there honestly feels like there is no hope in the film. This continues on when Issac goes to France and Budapest as well. This leads me to believe that the lack of hope is foreshadowed throughout the film, and this highlights that ultimately there could only be one ending.

Issac leaves for Greece, having still not heard from his brother. What follows is a loosely held together narrative, which is more about secrets, ghosts and how easily one can lose their track on reality. Issac starts to feel as if he is being followed by a child that he had earlier come across. This kid, mysteriously named Josef (played by the brilliant Kodi Smit-McPhee) asks to be saved by Issac, but then disappears. He randomly occurs throughout the film until the end, and one is never sure whether Josef is actually there or whether he is simply in Issac’s mind. This confusion is one of the best things about the film because you are never sure whether you are watching something happen, and therefore you are outside of the characters or whether you are seeing this tainted and dark world through the characters eyes. What is further interesting about the character of Josef is what he is meant to represent – as the story continues, the audience is made to wonder whether he is meant to be a reincarnation of the Jewish boy, Issac’s father was meant to look after? 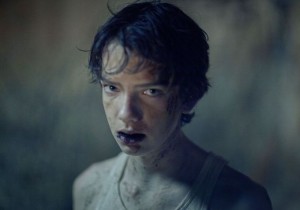 Two of the major elements, that I felt were used throughout Dark Europe, that aided in both telling the story but also representing the innate void in their lives was how the characters spoke about Jews and how homosexuality was dealt with in the film. Now, as an audience living in the 21st century, both Jews and homosexuality is something which (for the majority) is no longer an issue, we have more liberal parts of the world but Dead Europe tries hard to forget this for the space of an hour and a half. At the start of the film, Issac’s mother announces that all “Jews and Muslims will be going to hell.” Later on, a refugee in France spews anti-Semitic remarks at Issac as she tries to prove her point. All this hatred surrounding the Jews within the film leads up to the biggest revelation of the story and ironically, asks the audience to reevaluate the morals of the characters in the film and how their pasts may have affected them. Furthermore, Issac is gay. This isn’t an issue. If anything this makes for some interesting dialogue, especially when he goes to his cousin’s house in Athens. He is asked whether he has a girlfriend, to which he answers he is gay. After a moments hesitation and pause, he is asked whether he has a boyfriend to which he answers, “no, just a lot of random sex.” Later a threesome occurs between two men and a women, and this seriously begs the question about the fluidity of family and sexuality throughout the film. Although it questions, there is no answers but I don’t believe the director ever set out to answer anything – this may annoy some people. The homosexuality is later reviewed when Issac finds his brother in Budapest – he is working for a porn baron who makes gay films, with boys who barely look legal and then hands them out to the highest bidder – what sort of world is this film representing?

Whilst Dead Europe is less of a film where one is absorbed by the narrative and what is going on with the characters, Krawitz has created a verisimilitude that the audience can feel, can experience and can be lived within. These are all moments in time, experiences shared between the characters and the audience, where together we learn about the family rather than actually having to piece together a story, with the traditional beginning, middle and end – this film just is. Dead Europe is a darkly compelling tale of one’s man’s discovery into madness; it’s beautifully shot and really warrants repeat viewings.