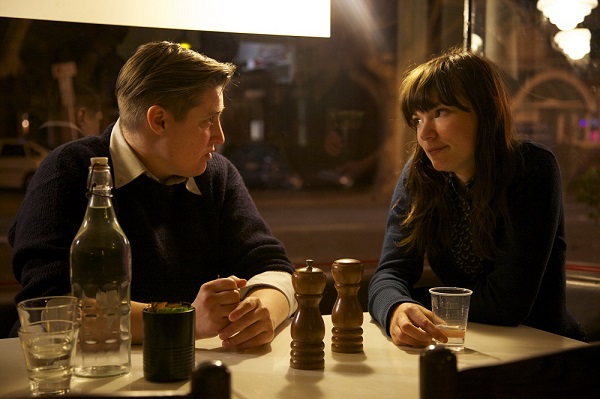 52 Tuesdays may present itself as something of a recondite film, and one that pushes concerns that won’t sit comfortably with a mainstream audience (no matter how important), but there also lies within a (dys)functional family dynamic that should proffer some universal clout. At the same time, it should additionally offer a window into a sensitive topic.

16 year old Billie (newcomer Tilda Cobham-Hervey) is a young girl caught in the throes of hormonal change. She faces the big teenage questions of stereotypical preoccupation. But to wrestle and compete with her own identity issues, her mother (Del Herbert-Jane) has also decided that the time is right for a metamorphosis of her own. She intends to take the necessary steps to become a man.

At first, fears present over director Sophie Hyde’s choice to spoon-feed practicalities in scenes extolling the logistics of the transgender procedure. Gladly, these are soon dispensed with in order to lead onto the effects of such a mother’s choice on the child caught in the middle and patience is rewarded for any grumbles emitted over Billie immediate acceptance over the news regarding her mum. Because as the film proceeds, the choice for portraying Billie as this personality type bears fruit; she reacts with growing levels of confusion and recalcitrance.

Her explorations with her sexuality and the world around her show a butterfly emerging from a chrysalis; out and into the bright, frightening and exciting new world. It must be said, however, that Billie’s art project/teenage video confessional falls frustratingly in between the space of realism and fantasy. Some of the sexual explorations feel conceited and disingenuous, which unsteadies the power of the central narrative. But the virtues of the work are strong. 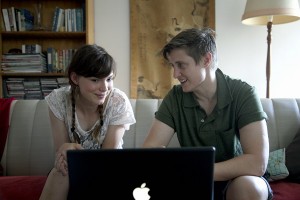 Amongst many other things, Hyde’s film traces the realignment of a core relationship when the axis shifts; those untraceable boundaries and intangible impulses that mark those relationships’ affections, and sum up what we are to ourselves and what we should be to others. Just because Billie’s mum wants to be James doesn’t mean that she’ll stop being her mother.

In terms of the presentation, the cinematography evokes echoes of Stuart Murdoch’s indie-tastic, low-key God Help The Girl from last year. The coverage of a year’s weekly Tuesday visits invite chapters to punctuate the story. Unlike the utterly frustrating pretentious mess of Philip Groning’s The Policeman’s Wife, however, the chapters in this feature aid and abet the drama. They are a necessary vehicle, presenting a useful marker.

There is a lot to be said for 52 Tuesdays. It is a bold work that expresses flashes of vital insight. Overall though, it feels like a bit of a wasted opportunity. More could have been done to make this one really count. Instead, some of the substance slips between the fingers, leaving only a partial realisation of its full potential. Whilst this may sound damning, don’t take it as so. This partial realisation is still well worth time and investigation.