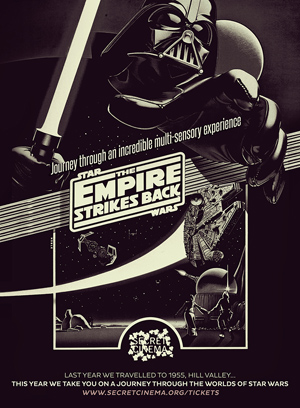 Just a week after the Opening Night for Secret Cinema’s largest production to date, some of the impressive elements that make up this Summer’s highly anticipated SECRET CINEMA Presents STAR WARS: THE EMPIRE STRIKES BACK are coming to light.

Since its launch, the London-based experience has catapulted Star Wars: The Empire Strikes Back into the Top 10 of the UK box office, 35 years after its first release in 1980. To date, over 8,000 rebels have been transported from Earth to their new home planets with overwhelming responses from the audience.

Secret Cinema can now offer an insight into the scale of the production they have created at a secret location far, far away for 100 performances until 27th September. The secret location has been transformed into the largest art and performance centre of its kind in London, layered across an area spanning nearly twice the size of the Tate Modern or the location for last year’s Secret Cinema production of Back to the Future.

Over 400 actors, DJs and bands will perform across 4 music stages over the course of the show run. Secret Artists so far included Goldie, Simian Mobile Disco, Jamie Jones, Posthuman and DJ Food with many more secret acts booked…

Secret Cinema announced key elements of the experience this week:

· Audiences are called to meet at a secret Cargo airport in London (Earth Cargo Airlines)
· The production is created by a 400-strong team including some of the most experienced creatives and technical talent in the UK
· With the commitment to the space reaching beyond this production, Secret Cinema is creating a multi-layered theatrical world, bringing together performance, music, theatre, art and of course the incredible worlds of Star Wars. The indoor production will feature the work of commissioned artists from across Europe, who were invited by Secret Cinema to become part of the experience. 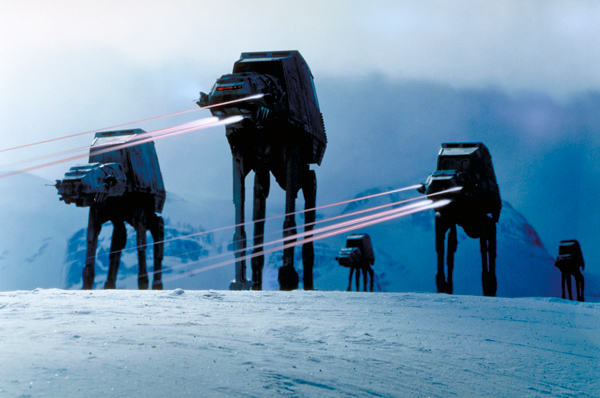