Secret Cinema move into the world of nightlife
Home
News

Secret Cinema move into the world of nightlife 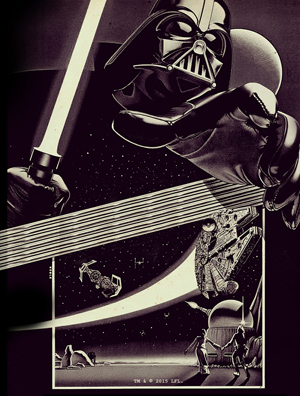 Secret Cinema announces its step into nightlife with Secret Nightclub, where it will bring its pioneering immersive format into seminal nightlife scenes transforming unusual and eccentric buildings into worlds inspired by cinema, music, fashion and literature.

The first Secret Nightclub will be connected to the upcoming Secret Cinema Presents Star Wars: The Empire Strikes Back and will launch next Thursday 14th of May. There are rumours that the Nightclub is being linked to a special cantina club from a galaxy far far away. Nightlife seekers will be given mysterious instructions such as dress code and props guidelines. The location will be discoverable only through a secret telephone line. A code will lead each caller to the Secret Nightclub where otherworldly beings will guard the doors. Once within, it will be filled with wonderful characters and secrets. Visitors will experience live music performances and sets from special secret DJs.

This new Secret Nightclub will be exclusively accessible to those who have bought a ticket to the current Secret Cinema production. This is following the success of Secret Restaurant which revolutionised the dining experience partnering with St Johns Bread and Wine during their production of The Third Man.