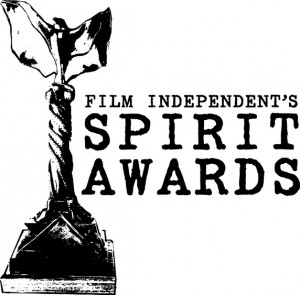 Yesterday, the 2013 Independent Spirit Awards took place showcasing the best in independent filmmaking in the world. The big winners of the night were SILVER LININGS PLAYBOOK, which is directed by David O.Russell, stars Bradley Cooper & Jennifer Lawrence and is adapted from the novel written by Matthew Quick.

Pat Solatano (Bradley Cooper) has lost everything — his house, his job, and his wife. He now finds himself living back with his mother (Jacki Weaver) and father (Robert DeNiro) after spending eight months is a state institution on a plea bargain. Pat is determined to rebuild his life and remain positive but when Pat meets Tiffany (Jennifer Lawrence), a mysterious girl with problems of her own, things get complicated.

Other winners included the stunning THE PERKS OF BEING A WALLFLOWER, SAFETY NOT GUARANTEED and Michael Haneke’s AMOUR.

BEST FIRST FEATURE
“The Perks of Being a Wallflower”

JOHN CASSAVETES AWARD – Given to the best feature made for under $500,000.  Award given to the writer, director, and producer.
“Middle of Nowhere”

STELLA ARTOIS TRUER THAN FICTION AWARD – The 18th annual Truer Than Fiction Award is presented to an emerging director of non-fiction features who has not yet received significant recognition.  The award includes a $25,000 unrestricted grant.
Peter Nicks, “The Waiting Room”