Ian Holm confirmed to star in ‘The Hobbit’ 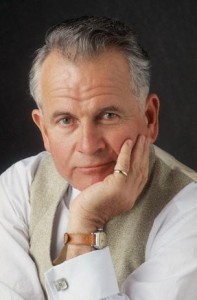 Peter Jackson has finally confirmed Ian Holm to be on board for The Hobbit.

Speculations arose to Holm’s involvement after fans assumed it was he who narrated the opening of the novel during Jackson’s first on set video blog. Jackson dispelled this on his Facebook page:

“One comment that came up from the recent video blog was the Bilbo voice at the end – many of you assumed it was Sir Ian Holm. While Ian will be returning as the older Bilbo Baggins in The Hobbit, that recording was actually Martin Freeman’s voice, taken from a script read-through we recorded when the cast first arrived. I have to admit, I wasn’t sure who it was when I first heard it either.”

Holm will be down to reprise his role as the older Bilbo Baggins, with The Office‘s Martin Freeman playing the younger version. Other Lord of the Rings actors set to return include Orlando Bloom, Sir Ian McKellen, Andy Serkis and Cate Blanchett. There will also be a host of fresh faces including Richard Armitage, James Nesbitt and Being Human‘s Aidan Turner.