‘Django Unchained’ to be a Blaxploitation Western? 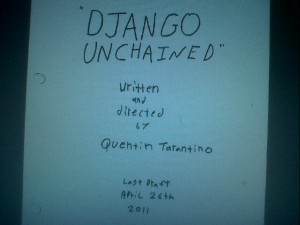 More news since the confirmation of Quentin Tarantino‘s latest project being titled Django Unchained. A couple of months ago the original Django, Franco Nero claimed to be working on a western in connection with Tarantino and Keith Carradine (brother of Kill Bill‘s David Carradine). Aswell as this Tarantino expressed in an interview with The Guardian that he would be interested in making a ‘Southern’ dealing with ‘the big issues’ in America’s past. Therefore if Django is to be unchained in Tarantino’s ‘Southern’, should we expect a blaxploitation western in the making? And if so who will be in the lead? The obvious choice would be Samuel L. Jackson, but Tarantino’s casting decisions are far from predictable.Also on board is Christoph Waltz, who will no doubt create a character just as fascinating as Inglourious Basterds Colonel Hans Landa. Hopefully more will be revealed soon, but this is shaping up to be another Tarantino classic.