Costner may be onboard for Django Unchained 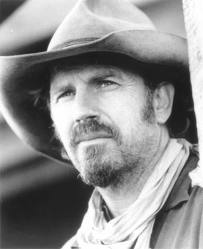 Tarantino seems to have a knack for boosting older actors careers, so it should come as no surprise that Kevin Costner may now  be on-board for Django Unchained.

If he signs on he will play sadistic henchman Ace Woody, a far cry from the all American heroes Costner typically plays. At present the cast is really shaping up with Leonardo Dicaprio, Christoph Waltz and Jamie Foxx all on board.

The plot follows Django (Jamie Foxx), a freed slave, who under the guidance of a German Bounty Hunter (Waltz) learns the tricks of the trade. After initially helping Waltz’s bounty hunter the two go in search of Django’s family, coming up against eveil ranch owner, Calvin Candie (DiCaprio) in the process.

Filming begins Autumn 2011 and hopefully Django Unchained will see Tarantino return to top form. In the meantime Costner will star as Johnathan Kent in the upcoming Man of Steel.