Brolin, Penn and Gosling all set to join ‘The Gangster Squad’ 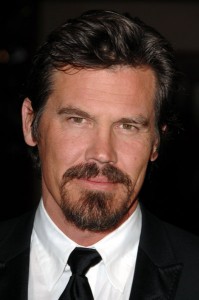 Josh Brolin, Sean Penn and Ryan Gosling have all been connected with Ruben Fleischer‘s The Gangster Squad. The Zombieland Director’s crime drama focuses on the 1950s LAPD as they try to stop the rising corruption and  crime in the city. So far Penn and Gosling have been offered roles, but they are yet to confirm. Penn would play the notorious Jewish Mobster Mickey Cohen, a role which would be perfect for the brooding actor. Gosling would most likely play one of the cops trying to bring him down. As for Brolin, it hasn’t been made clear what role he would take, but Warner Brothers is keen for all three to sign. With such a strong potential cast this could be the best police drama since Training Day.

Before that Fleischer’s latest film 30 Minutes or Less is set to come out on the 23 September 2011, and stars Jesse Eisenberg and Aziz Ansari as two men forced to commit a robbery in under 30 minutes.