Human Rights Watch: In the Shadow of the Sun Review 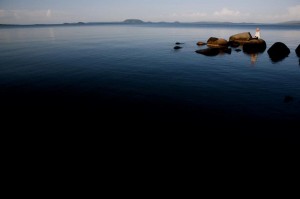 “My name is Josephat Tornor. Some people say I am a ghost.” In the Shadow of the Sun tells the affecting story of Albino activist Josephat Tornor and his struggle to improve the situation of Albino people in Tanzania. Labelled as “white ghost” devils, Tanzanians with Tornor’s pigmentation affliction face not only hatred and persecution but the added horror that their flesh has become a valued community in the country, Witch Doctors raising bounties for albino limbs and bodies under the claim that it will bring wealth and fortune. The manifest damage of the combination of prejudice and ignorance is explored in first time director Harry Freeland’s impassioned and emotional documentary about this significant but largely unknown problem.

In the film, Tornor, starting from his Albino retreat commune, travels through Tanzania , speaking to Tanzanians to try to understand where this bloodlust for Albinos has come from, His journey takes him through segregated albino schools and shockingly even an adult concentration camp, on a protest march and up Mount Kilimanjaro, and eventually leads him to confront the Witch Doctors who spread  this belief that his soul is cursed and his body is a charm, and the villagers who bullied him as a child and hunt him as an adult. His quest to question the wrongdoing of his countryfolk and raise awareness of his plight internationally is immensely brave, and his words and demeanour are markedly humble, eloquent and passionate.

Tornor takes under his wing a young Albino boy Vedastus who he says he sees his young self in. Together they make for compelling 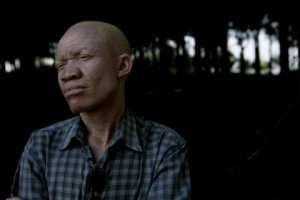 leads, providing a humanising face for the issue and giving the documentary the character it needs in order to register strongly. Since 2009, over forty Albinos have been killed for their bodies, and it is not a problem many know about. Freeland’s documentary is not a retelling of a historic atrocity, but a vibrant, ardent portrait of continuing persecution. The film does little to illuminate the source of the problem, instead displaying it as a society wide prejudice and greed. The belief that the murder of Albinos will somehow bring success to the murderer seems so illogical to the viewer, that the conclusion made is that it comes out of a combination of genuine belief and as a convenient justification for existing prejudice. One townsperson’s suggestion that Tornor must be cursed as he came out white from a black mother is particularly telling of this. Tornor replies in turn-the-other-cheek fashion when confronted with this with only “I have education.” 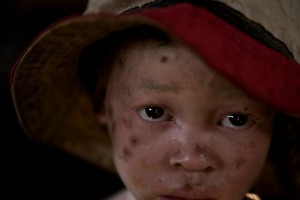 Freeland tracks his journey mutedly, wisely offering no other input than his magnificentlypoetic visuals as he follows Tornor. But despite its power, it’s mostly not a manipulative vision, the only thing that edges that way is the music, which is at points overly melancholic and feels a bit strained. The injustice of the situation really speaks for itself, and thankfully Freeland realises that he doesn’t need to force the viewer to see it. This acuity shows a maturity beyond the expectation of a debut filmmaker that perhaps is displayed in the six years he spent making this documentary, a commitment to the cause that mirrors that of his protagonist. There is no great narrative line throughout the documentary, no great revelation by the end. Instead the only propulsion is the filmmaker and protagonists shared need to make the problem known and overcome. As moving as In the Shadow of the Sun is, and it is genuinely affecting, Tornor’s incredible strength and ambition makes it more than a lamentation over an admittedly incomprehensibly terrible situation. “Crying is not the answer. Crying does not find the solution,” says Tornor, with characteristic eloquence and humility.