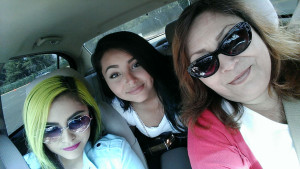 Entering its thirty-first year, the BFI Flare film festival remains a vital showcase for queer filmmakers and artists; bringing together LGBT themed films from across the world. While there may be naysayers wondering why such a festival still needs to exist, recent world events have shown exactly why events like Flare are important.

On a personal level, I feel that festivals are a great opportunity to offer both entertainment and education, and with the intent to try and learn more about the most marginalised in our community, I decided to focus on documentaries – particularly, those focused on trans individuals. I saw four films this year at Flare, all of which sought to create compelling narratives that frustrate, inspire, and invoke action. While some do this more successfully than others, they all offer unique stories.

One of the more uplifting documentaries of the festival, Raising Zoey, tells the story of 13-year-old Zoey Luna, whose transition is beautifully supported by her loving family. The film, directed by activist Dante Alencastre, is distinctly family focused, and while it hints at some of the bigger issues facing trans youth, at only 50 minutes, it doesn’t have the time to give these a proper treatment. What it does offer is a charming portrait of a family fiercely committed to one of their own. Zoey’s mother, Ofelia, is particularly engaging and her intense devotion to the happiness and success of her daughter is nothing short of inspirational. Alencastre’s camera is privy to some tender and charming family moments which help make the film feel more than an after-school special, and scene transitions featuring Zoey’s own drawings add a nice personal touch. Still, the film is plagued by some glaring production issues and it’s a shame a longer film wasn’t made to focus more on Zoey and her family’s fight against the discrimination at her school.

Considering a largely unknown world, Two Soft Things, Two Hard Things, is an exploration of both the colonisation of 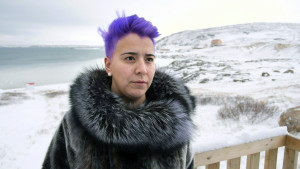 arctic Canada, and the lasting impact it has brought to the communities that live there, particularly the effects on LGBT people. Directors Mark Kenneth Woods and Michael Yerxa certainly have a difficult task on their hands, as so much of the history has been lost, as an extremely limited number of written accounts exist. The film is a vital one, in that it focuses on an area so few people are told about, and is largely missing from the Canadian education system. Looking at a group of people determined to reclaim the Inuit culture taken from them when missionaries came and forced people into settlement camps in the 1950s, the film manages to both devastate and uplift. While the past was devastating, the future for LGBT folks looks brighter than ever. The film occasionally lacks focus and sometimes wanes on its argument, though, this can be largely attributed to the lack of available history. This is a fascinating doc that does well to explore something shrouded in mystery. 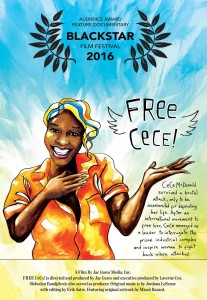 Executive produced by and featuring Laverne Cox (Orange is the New Black), Free CeCe! Is a compelling look at the life of CeCe McDonald. McDonald made international headlines in 2012 when CeCe and friends were enjoying a night out in Minneapolis, only to have the night end in disaster: a man was stabbed, and CeCe was charged with murder. Though (as the film argues very effectively) CeCe acted in self-defence, she was found guilty and incarcerated in a male prison, despite being a trans woman. After enduring some sound mixing issues in the opening minutes, the film launches into a thorough investigation into the specifics of the incident, using the case as a lens in which to explore violence against trans people, and specifically trans women of colour. Using police interview footage, witness interviews, and testimony from legal experts, the film becomes difficult but vital viewing as motivations are unearthed to paint an ugly picture of the American justice system.

Around the halfway point the film begins to explore CeCe’s life outside of prison, acting as a sort of microcosm of the trans experience. Issues of passing, misgendering, and more are explored with tact, and the film produces an intimate view of living whilst trans. Though the film is largely specific to CeCe, it works so well because director Jacqueline Gares effectively conveys that her story can be anybody’s. The film soon gets more political, looking at an array of activists in the trans community and narrows its focus on the prison-industrial complex. A scene of CeCe visiting the Alcatraz museum is especially harrowing. The scene highlights one of the film’s major questions: how can you stay vigilant when so much of the world doesn’t notice that you’re there?

Part of photographer and filmmaker Timothy Greenfield-Sanders List series, The Trans List is a hugely engaging portrait of

twelve members of the trans community. The film follows a simple structure with everyone interviewed one after the other. A black background allows the viewers’ attention to be placed solely on the individual. Each interview offers a wholly original experience of living as a trans person, with a huge array of different experiences. The interviewees range from adult film star Buck Angel, to activist Miss Majors Griffen-Gracy, to army sergeant Shane Ortega.

Featuring no narration of any kind, the only voices heard are the ones being interviewed. This unparalleled access is rare for documentary; so often, interviewees are talking heads painting mere brush strokes of a larger picture. Here, they are the painting. While images are effectively used to contextualise each subject’s experience, the camera never moves and always faces the subject head-on. This gives a warm intimacy, almost as if they are sitting across the table sharing their experiences directly with you.

The film’s biggest weakness is also its greatest strength: The Trans List is so short, and so full of interesting people that it only offers a cursory glance into each of their lives. This is disappointing because what each person says is so raw, so from the heart, that it would be easy for the film to be at least three times as long. Interviews are varied, and each person talks about something unique to them, which is refreshing and keeps the all too brief hour-long film going without a hitch. With only five or so minutes per person, the film manages an important task for a documentary – it left me wanting to know more.