Last year during Film 4’s FrightFest, I took some time to get to know Cesar, played by the incredible Luis Tosar, the star of Jaume Balagueró’s Sleep Tight. Previously at the helm of the [REC] franchise, Balagueró took some time out to make this Hitchcockian Psycho type thriller, which concentrated on Tosar’s character, Cesar who is the clerk and handyman in a very expensive looking block of flats. He is ignored by everyone around him unless they need something, until Clara (played by the beautiful Marta Etura) starts to treat him like a friend. The only thing Clara doesn’t realise is what Cesar gets up to when she is asleep.

I recently managed to catch up with Luis Tosar about making Sleep Tight, his worst nightmare and what is next on the horizon for him.

What was the process in deciding to get involved with Sleep Tight? 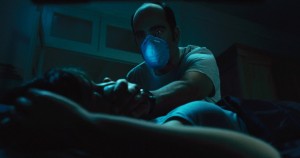 I was sent the script and I really liked it, I loved the evil side of the character I play and the fact that he did not have any empathy and yet there was a great sense of humour about him. When I met up with the director we immediately clicked and I really felt that we were on the same wavelength for what we wanted the film to be, so I signed up straight away. We both believed that my character was perfect on the script and I didn’t want to change him in any way, I worked on small nuances  when it felt right on set but on the whole, the script and the remarkably well-written character was why I signed up for Sleep Tight.

What did you expect from working with Jaume Balagueró?

I knew that his past work was mainly suspense-based and Sleep Tight fell into this bracket that he was so familiar and great at. Because I knew that it was a genre that he was comfortable with, I knew I could trust him to make a great film – I would have had more reservations if I had only seen [REC] and [REC 2]!

What types of films are you a fan of?

I like all genres generally as a viewer. I’m interested in the story so as long as it has a great narrative, I’ll enjoy it. If I had to choose though, I’d probably pick action films, westerns or anything with Jason Statham in particularly.

How did you get into the severely disturbed mindset of Cesar?

I had no reference for where to start in terms of Cesar, as I’d never experienced anyone like him before. He is such an unusual character because he just doesn’t want anyone to be happy, he feeds off misery and when he encounters someone who is profoundly positive, he goes out of his way to make sure that stops. So instead I pictured myself in that dark mindset, and how I’d feel, act and behave and what I’d do to people who I didn’t understand. There’s a playful side to him, and I was incredibly interested in his sadistic game; I was determined to make the viewer feel like a victim and surprise them when they realise that he was not who they thought he was.

Was there a part of Cesar’s character that you see in yourself?

No not at all, I am an optimistic person and am terrible at playing games. I’m very honest and so I cannot surprise anyone.

What is the worst nightmare you’ve ever had?

The worst nightmare I’ve ever had is when I was all of a sudden naked in a place where I shouldn’t have been. People tell me that it’s because I’m an actor and 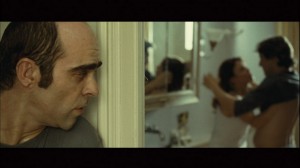 What is the state of horror cinema?

I don’t really know what the state of the horror genre is, but I am incredibly interested in the use of comedy in horror films and would like to see a development in that.

Where are people going to see you next?

My next film is called Operation E and it’s a political drama based on the arms conflict in Columbia.

To check out our 4 1/2 star review of SLEEP TIGHT from last year Film4 FrightFest, click here.

Sleep Tight is out in the cinemas on 1st March followed by the DVD on the 4th March.

Many thanks to Hannah at Grapevine Digital for arranging the interview.