"As I was telling the story, looking at her made up like she was one of these victims, it suddenly made it all very real to me": Ben Young talks about making his horror film 'Hounds of Love' | Front Row Reviews
Home
Features

“As I was telling the story, looking at her made up like she was one of these victims, it suddenly made it all very real to me”: Ben Young talks about making his horror film ‘Hounds of Love’ 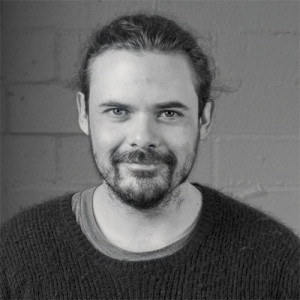 Ben Young is a young director making waves. With a history of evocative music videos and a number of TV series under his belt, his dark psychological thriller, Hounds of Love, represents his first foray into feature length filmmaking.

Centred on his screenplay about a murderous couple who abduct and abuse young girls, claustrophobia and helplessness lies in wait for the viewer as they witness the poor plight of central protagonist Vicki Maloney (Ashleigh Cummings). Despite the abject horror of the material, it is cut with a measured hand that absorbs and astounds. In the process, Young captures the warped manifestations of a skewed, psychotic ‘love’.

Front Row Reviews’ Greg Wetherall sat down with Ben to talk about the Kate Bush-referencing title, the research into real life serial killers and Australia’s knack for making creepy and effective horrors.

Front Row Reviews: Did you source any of this story from something factual? The horror seems to lie in the palpable realism of it….

Ben Young: Nothing that happens in the film has happened in real life – that I am aware of – but I studied 9 cases of real life couple serial killers. I researched the psychology of the relationship pretty deeply and in real life, in every one of these cases, the situation almost seemed to be like clockwork.

It was always about an incredibly vulnerable young woman who had never really experienced love meets a charismatic psychopath, who builds her up and makes her feel emotions that she’s never experienced before and then pulls the rug out from underneath her. Then she’s broken. She feels as though she can’t live without him. He takes her back and slowly begins manipulating her into doing more and more heinous crimes because she begins to believe that she doesn’t have an identity outside of him.

That was what seemed to be the unfortunate case in all the real life couples that I read about, so I guess I borrowed the psychology from reality; as far as I could interpret it. None of the actual events, as far as I know, have happened exactly the way they did in my film. 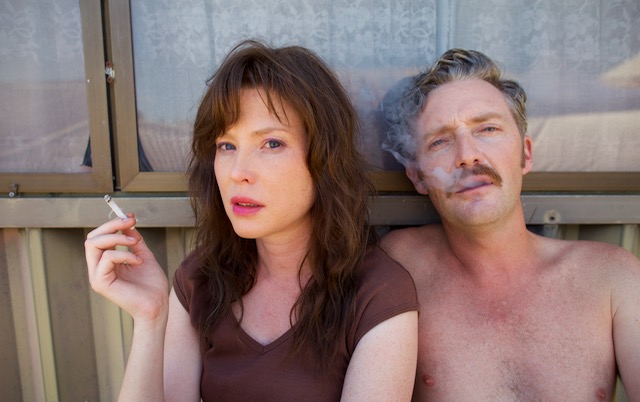 Were any of the 9 couple British, by any chance? I have to think of Did Myra Hindley and Ian Brady.

Oh yes, I was very aware of them. In fact, I found a couple from almost every continent who had done it.

Oh, totally. The very nature of what people are prepared to do in the name of ‘love’.

Kate Bush reference in the title and, early on, in an exchange over Bronte’s ‘Wuthering Heights’. Was this deliberate? And what is it about her music that leant itself as inspiration?

Oh that is a complete coincidence! But not with the title (of the film). The album (Kate Bush’s ‘Hounds of Love’) came out the year that the film was set and I always wanted to set the film then. Writing a young female character in the 80s was not the easiest of things for a man in his mid-30s to do.

I was listening to lot of music from the period and trying to identify what kind of character Vicki was. You can learn a lot about people from the music that they listen to, so I was listening to everything I could from 1980-1987, and I rediscovered Kate Bush’s album. It just really got me into the zone of the film. It’s a very emotional and heartfelt album. It evoked the same kind of emotions in me that I wanted an audience to feel in the film. 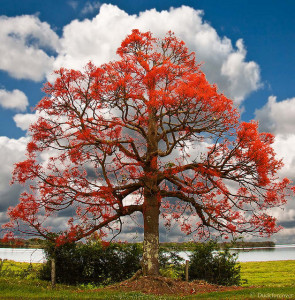 At what point did the title come? Did the title and song/album inspire the story? Or had the story already been set and you just needed a title?

I think I only settled on the title a couple of months before shooting. Originally – and it’s a terrible title – it was called something else. The film used to open with Jason and Vicki lying on a trampoline under a Flame tree. Flame trees are really beautiful, but they’re also death forming (known colloquially as ‘Christmas Tree’, this Australian tree survives by taking nutrients and water for any other plant in its vicinity), so there’s danger.

So I originally called it ‘Flame Tree’, which is a pretty dumb title when I think about it and it didn’t really capture the essence of the film. I always knew that I was going to change it and when I rediscovered Kate Bush’s album and, in particular, the song ‘Hounds of Love’, that resonated with me.

Do you feel that there is something special about Kate Bush’s work? Something filmic, maybe?

Yeah, there is. My background is doing music videos (Jon Butler Trio, amongst many others). Music and pictures are something that I have spent a lot of time thinking about and, when I heard the song ‘Hounds of Love’ in the context of writing this film, I was seeing scenes; I was seeing performances. I listened to it a lot whilst I was writing it.

You conclude with the Joy Division song ‘Atmosphere’ and that’s another band that offer a cold and austere aural soundtrack. Joy Division were earlier than 1987. Did you set it in 1987 because of the Bush album?

That was the year that the album was released. With the Joy Division song, a pet hate of mine is if you see a film and it is set in the year 2000, all of the songs are from the year 2000. That’s not the case. People listen to music from the past. I was trying to figure out what Vicki would listen to and I thought, “of course she’d listen to Joy Division”. It was recent enough that her friends would listen to it. My friends still listen to Nirvana. 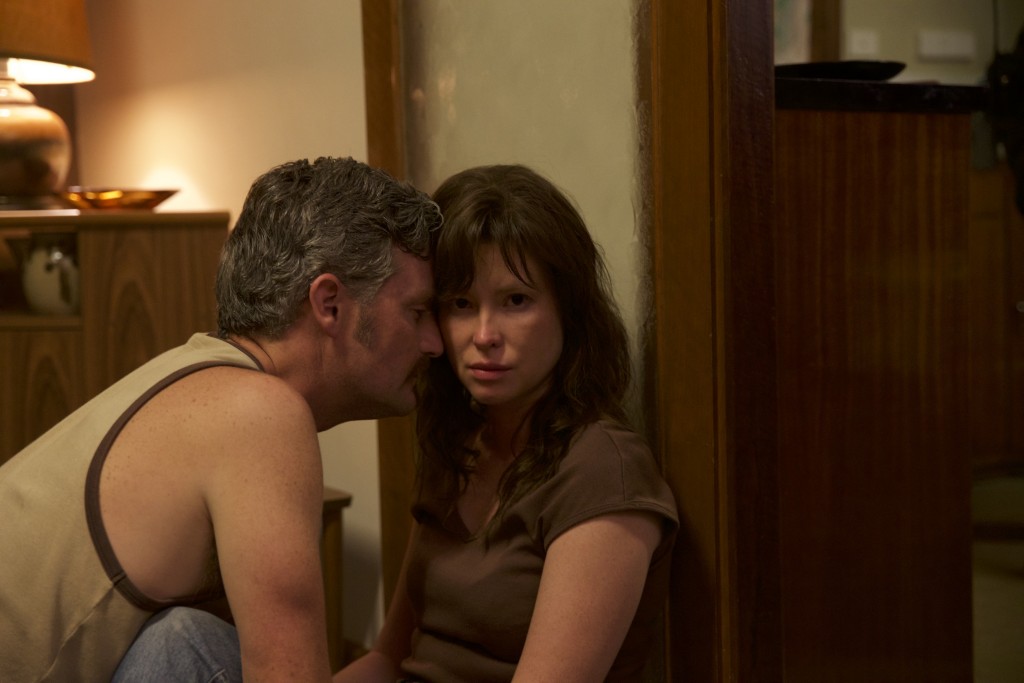 It was very important to me that I didn’t just play music from the era. It would be from the era or earlier. All of the tracks that are in the scenes with ‘the Whites’ (the couple who abduct Vicki) are from the 60s and 70s; the Moody Blues, Cat Stevens etc. That’s all the sort of music that they would have grown up listening to in their homes. I didn’t want to have anything too ‘present’ in the world of the Whites. Originally, the Moody Blues song (‘Nights in White Satin’) was going to be the Jesus and Mary Chain track ‘Just Like Honey’, but album came out in 1986 and I thought that it would be too present for the Whites. They’re not trendy and up-to-date. They’d be listening to older tracks.

At the beginning, when Vicki is in Jason’s room, we hear a Boys Next Door song, which is a very current song and that’s the first track that we hear in the film.

Music is clearly very central to your thinking process in making this film. Did Hounds of Love seem like a stepping stone between your music video past into your future as a fictional story filmmaker?

Very much. Very much. As my background is music videos, I’m fairly confident in making music videos. So, it was knowing what track and which elements of the film I was going to cut to that gave me a lot of confidence as a director.

Basically, I could break sections of the film into little, mini-music videos. I was so certain that the film was going to close with ‘Atmosphere’. All of the actors embraced the music. It helped them capture the tone that I was going for, as music is so central to creating tone.

Knowing that was going to be there (‘Atmosphere’) helped me, the actors, the cinematographer and the designer to get on the same page. 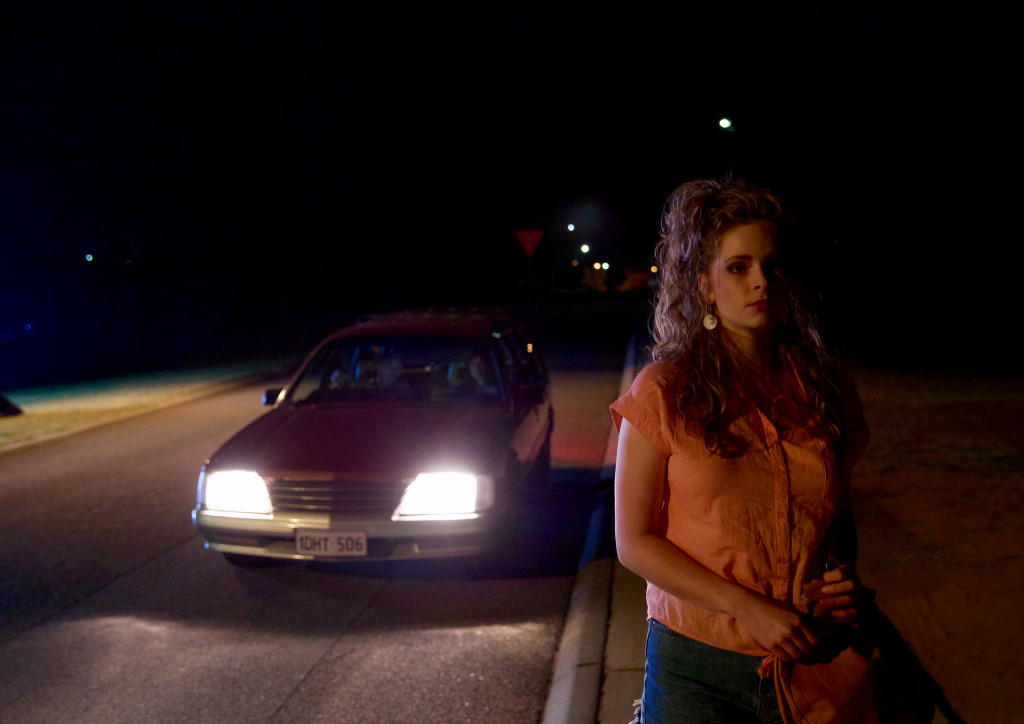 With reference to Justin Kurzel’s Snowtown and then here with your Hounds of Love, as just two examples, why do you think that Australian filmmakers are so good at creating atmospheric, eerie and unsettling movies? Is there something in the psyche? Or something in your culture?

You know what I think it is? It’s probably a very boring answer, but it’s a very practical answer. I’m trying to think about it and part of why I made Hounds of Love is because I’d never made a film before and no one was going to give me much money to make one. I need minimal characters and minimal location. If you think about it, all of these films lend themselves to that. Wolf Creek was minimal with its characters and location. So was Snowtown.

They’re all about people in a situation that’s normally in a limited location. I think the fact that the fact that we don’t have much resources to make films in Australia forces us, as filmmakers, to come up with ideas. When you have limited locations and limited cast, it really has to be a character piece and about the dynamics of relationships. I think that, as much as anything, is what has leant itself to so many dark, psychological films.

Is it difficult getting a film like this financed?

It was such an issue. We couldn’t have made the film unless me and the producer reinvested our fees back in it. We only had 20 days to shoot it and zero overtime. Basically, we had 20 days to shoot this and anything that you don’t shoot won’t be in the film. Finance is huge issue and we scraped together to make the bare minimum. It was very, very tough.

What was it like living with a story as dark as this for so long? Did it take an emotional toll on you?

Not really, because I’m fascinated in the psychology of the mind and why people do particular things. I’m pretty good at divorcing myself from it and going home. 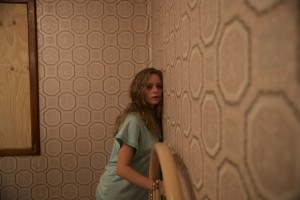 The most emotional experience that I had when I was on set was when Ashleigh (Cummings, who plays ‘Vicki’) and I were in what we referred to in the script as the ‘holding room’: the room where she was chained up. She said, ‘tell me some examples of the true crime stuff’. I had asked her not to research it too much, because I didn’t want her to damage herself. I started telling her about a particular event that happened in one of the true crimes and I burst into tears. It kinda shocked me that I did, because when I was reading about it, I was reading it with a pen in my hand, circling things and looking at it as research rather than living it myself.

But then, Ashleigh is such a beautiful human being and a fragile flower that, as I was telling the story, looking at her made up like she was one of these victims, it made it suddenly all very real to me. That was the most challenging bit for me.

Hounds of Love is released into UK cinemas on 28th July 2017.