Interview with Matthew Mishory, director of A Portrait of James Dean: Joshua Tree, 1951 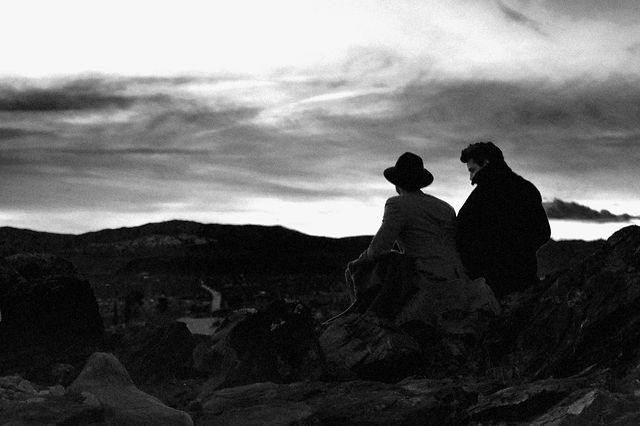 Matthew Mishory’s debut feature length film is a speculative biopic of one of Hollywood’s most iconic actors. Set during the years preceding his brief film career, it is an unconventional telling, concerning itself more with tone and poetry, rather than plot. Set primarily in the desert of Joshua Tree national park, the film presents James Dean as a young poet finding his voice; a man on the cusp of greatness, but in many ways innocent to all that surrounded him. Ali Gardiner talks to the director to find out the inspiration and motivation behind the movie.

Q: What was it that first got you interested in telling this story?

A: For me, films are always personal. East of Eden, which my father showed me as a little boy, was one of the most significant films of my childhood. Seeing James Dean for the first time was an unforgettable experience. Who is this actor who appears to be acting in a different movie than any of the performers surrounding him — who speaks and improvises and moves through space unlike anybody who came before him? Who, in Rebel Without a Cause, portrays perhaps the first believable, vulnerable, complex young character in American cinema — who was he and why did he make those choices? Those were the questions that interested me.

Q: How much research was involved in writing the screenplay and what were your sources?

A: There was a lengthy research period. We started with the histories, messy and contradictory as they are. Primary sources first, then secondary — biographies as well as autobiographies of contemporaries. And, most interestingly, personal interviews with people who knew Dean and/or knew the characters in the film. For example, co-star Edward Singletary Jr., spent a good deal of time with a surviving confidante of Rogers Brackett, on whom Edward’s character is largely based. I really love the little moments of genuine authenticity that underline the portrayal.

Q: Why did you choose to focus on this period in his life?

A: I think it is the most interesting period. I was not drawn to the brief and over-examined period in which he was actually famous — or to the created persona that is ubiquitous on T-shirts and coffee mugs. I was interested in the young man who was a host of contradictions, who lived in extremes and blew through people’s lives, and ultimately left us with this short but significant filmography. 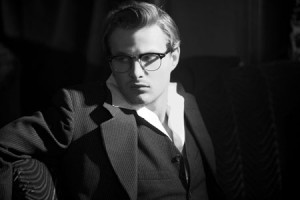 Q: How did you come to cast James Preston for the iconic role? And in what ways did he prepare?

A: Hundreds of actors were submitted, and James was the right one for the film. He prepared and researched thoroughly, but when he arrived on set, I challenged him to forget everything he had learned and play the character as he was: a kid from the middle of the country with strange and interesting ideas about acting who finds himself navigating treacherous waters. James’s life story was not so very different, and I think his performance has a raw, believable element that never resorts to mimicry.

Q: Did the homosexual content of the film cause any problems in terms of distribution? Is it still a taboo of sorts in Hollywood?

A: I think the film has been more controversial in form than content. Filmmaking in the past ten years has moved so much toward the mean and away from any sort of experimentation in form and structure. Our film is not an ordinary narrative, and that has probably been more challenging for audiences than the content, which is really common knowledge and completely uncontroversial.

Q: Are there still people who are in any way hostile to the suggestion that James Dean was gay?

A: Yes, but those sorts of people are not really worth thinking about. As filmmakers we put work out into the world, and audiences react. Some people cling to a particular idealization of James Dean that never existed, except perhaps on a souvenir, but generally, audiences have been quite enthusiastic, and we have had a lot of great conversations about the film with moviegoers all over the world.

Q: Do you think queer cinema will ever become mainstream

A: In many ways it has — and has become quite boring in the process.

Q: How did you come to the decision of shooting in Black and White?

A: Because that is how we collectively see the 50s — in black-and-white. Most people relive or imagine the era through the Golden Age of Hollywood — through the Silver Screen. It was important to me to tell the story using that visual language, with some modern revisionist touches. 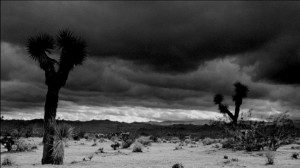 Q: Why did you choose to set parts of the film in Joshua Tree? Did this come from the research or was it an artistic choice?

A: Both. It comes from a kernel of truth: when Dean was plucked from the stage by Elia Kazan and brought to California to star in East of Eden, he had spent a winter in New York. The studio sent Dean and his “roommate” to the desert to tan. James Dean in the desert — whata starting point for a film. But for me, the location became something more — a sort of a symbolic space. And a means of exploring the character in a deeper way.

Q: How did the prologue featuring Arthur Rimbaud come about?

A: James Dean did not exist in vacuum. There was a context. And for me, the context was Arthur Rimbaud, another young rebel artist who found the poetic in the extreme.

Q: Disappear Here looks like a very different type of film – what can you tell us about it?

Q: Any other plans for future projects?

A: A documentary. And I just optioned a fascinating script set in rural Romania. More on that soon…

A Portrait of James Dean: Joshua Tree, 1951 is out on DVD and VOD now, and is reviewed here.

Or you can check out trailer and rent the film right now below: