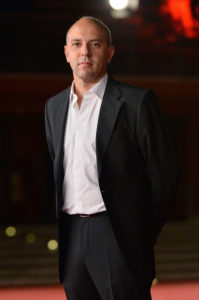 A priest returns to his Neapolitan homestead after many years away. In picking up his work back home he finds a place beset by crime and corruption. To add to his dismay, news also passes him that one of the local mafia members is molesting a young girl. Worse still, his ecumenical colleague appears to be ignoring the abuse.

Confrontational and shocking, Equilibrium represents the 12th feature from Italian filmmaker, Vincenzo Marra. Bringing the film to audiences at the London Film Festival 2017, we sat down to talk to him about this controversial work.

Where did this story come from?

Since the very beginning of my cinematic career, I was interested in developing a story that was Christ-like and very informally located in a very urban, contemporary city.

Were you raised in a Catholic household? Do you have a strong faith?

Yes, I was raised in a very Catholic and religious environment, but I am now 45, and I have developed very individual points of views and visions about these things.

What views are these?

If you were to go home tonight and you were to find somebody slumped over the threshold, you have a responsibility to make sure that this person is okay. This main character may have spiritual overtones, but it is a very political move. Your actions will, by definition, by political with a small ‘p’.

Do you feel that the individuals in society have a duty to take action? The film concludes on a rather sombre note…

We’re talking about the first world here, but if we were to open the can of worms as to what can happen in South America and Asia. There are areas where the state doesn’t intervene. In this context, the church represents a haven for people who would like to be good. Don Antonio’s logic is that he tries to reach the equilibrium between his surroundings and his beliefs. The thing is that Don Antonio is unable to close his eyes. 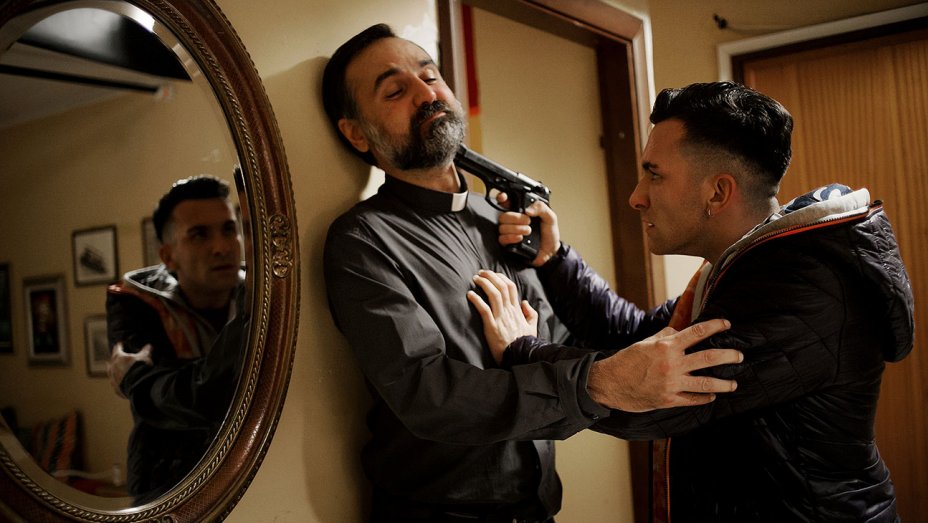 I know that you have said that Don Antonio could be anyone and that he just happens to be a priest, but the church has come under fire in light of revelations in relation to child sex abuse allegations. In this film, that new stereotype is turned on its head. Was this a conscious move?

It is not that clear cut, because even examining the two main characters, which are priests, one is complicit (by turning a blind eye). I cannot totally condemn the one who is trying to reach the equilibrium, because you have to see everything in context. Even the Saverio (member of the camorrah clan) is saying, ‘a lot of people rely on me for the livelihood’. It’s not as clear cut to separate totally, good from evil.

I can only reply for myself. The reason why I want to switch off a light in a room that is light whilst it is dark is to draw attention, not to glamorise or make entertainment out of an issue.