Last week saw the BFI officially unveiled it’s HUGE three month Sci-Fi season – DAYS OF FEAR AND WONDER. The season is set to include over 1000 screenings of classic film and television programmes, set across 200 locations around the UK.

Sci-Fi: Days of Fear and Wonder will be the BFI’s biggest season to date. It includes a three-month programme at BFI Southbank, from 20 October until 31 December 2014, and very special events, guests and screenings right across the UK. Classic Sci-Fi titles will be released into UK cinemas and on DVD and Blu-ray. There will be an extensive education programme, 50+ films available online through BFI player, a BFI Sci-Fi compendium, nine new BFI Film Classics published with Palgrave Macmillan, exciting new partnerships, special guests and commentators, all of which will celebrate cinema’s most spectacular and visionary genre, exploring how the fear and wonder at its heart continues to inspire and enthral.

Heather Stewart, Creative Director, BFI said: “Sci-Fi has come to define the cinematic experience for audiences everywhere. We will celebrate the originality, the craftsmanship and the vision behind some of the most important film and television ever made. Its calling card is visual spectacle, but at its heart Sci-Fi is the genre for big ideas, revealing our hopes and fears for tomorrow’s world. We have only glimpsed its full potential.” 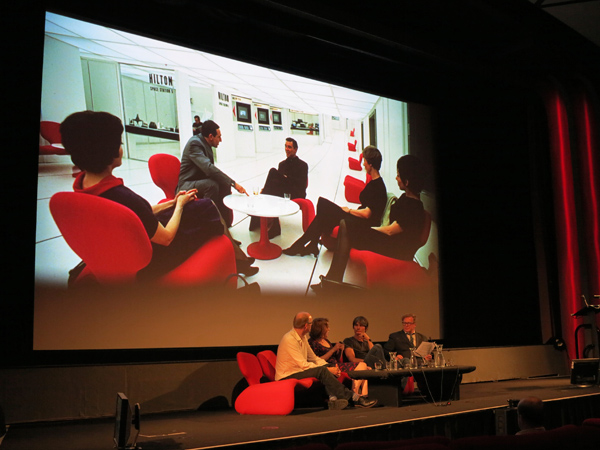 The launch event was hosted last Thursday in NFT1 with some special guest speakers in attendance to discuss science fiction, science fact, philosophy, fandom and high/low culture. The panel led by Matthew Sweet included Professor Brian Cox, Professor Roger Luckhurst and Helen Lewis. In the post-launch reception Storm Troopers guarded artefacts from Special Collections and special guests from Thunderbirds made an appearance too.

With over 1000 screenings at over 200 venues, Sci-Fi: Days of Fear and Wonder can be enjoyed across the UK.

Spectacular Sci-Fi screenings will take place at some of the UK’s most iconic locations, including the BFI Sci-Fi weekend at The British Museum, Bletchley Park, The Eden Project, Jodrell Bank Observatory, and the square in HG Wells’ home town of Midhurst, West Sussex.

re-released by the BFI, Ridley Scott’s Director’s Cut of dystopian masterpiece Blade Runner will be back on the big screen in cinemas across the UK in early 2015. The BFI will celebrate its previously announced nationwide re-release of Stanley Kubrick’s visionary 2001: A Space Odyssey (28 november) with a host of special guests, including the film’s stars Gary Lockwood and Keir Dullea.

Will include the long-awaited 7-disc dvd box set of BBC TV series Out of the Unknown (1965–1971), and the DVD Premiere of Nigel Kneale’s 1954 adaptation of George Orwell’s classic Nineteen Eighty-Four, starring the great Peter Cushing.

Will present four meticulously restored classic Sci-Fi titles at BFI Southbank and on BFI Player during the season, with shimmering new prints of the first ever British Sci-Fi feature film, A Message from Mars (1913), as well as the classic The Day the Earth Caught Fire (1961) and short film The Pirates of 1920 (1911). 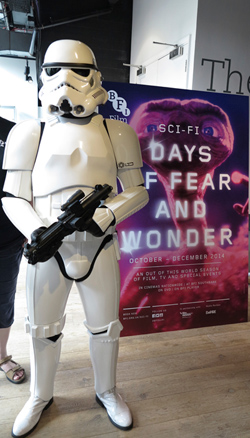 The BFI is working closely with the bbc to open new opportunities for television, radio and cinema audiences to explore science fiction throughout the season. Historian Dominic Sandbrook will explore Science Fiction in its many forms in a new, landmark four-part series: Tomorrow’s Worlds. Airing on BBC 2 to coincide with the season, a specially edited feature version will preview at BFI Southbank.

BFI Southbank will host the London Premiere of the first episode of the eighth series of BBC 1’s highly anticipated Doctor Who, with the 12th doctor Peter Capaldi in attendance, on 7 august, following its world premiere in Cardiff earlier that day.

The season also includes an exclusive preview of the highly anticipated The Hunger Games: Mockingjay and the World Premiere of Filmed In Supermarionation, the definitive documentary about the iconic and world-leading puppetry and animation techniques devised by Gerry and Sylvia Anderson and their team of puppeteers in a Slough warehouse in the 1960s. DJ Yoda goes to the Sci-Fi movies in a very special Sonic Cinema event, and Sonic Cinema will spend a weekend delving inside Afrofuturism, embarking on a cinematic trip into the vast, genre-bending universe of black science fiction, technoculture and magic realism.

The season will see the publication of the definitive BFI Sci-Fi Compendium, with contributions from world authorities on Sci-Fi, authors including: Lauren Beukes, Directors such as Gareth Edwards and Edgar Wright, plus Sci-Fi visionary Douglas Trumbull. It will also be marked by the publication of a set of new special edition BFI Film Classics, published by Palgrave Macmillan, exploring nine key Sci-Fi films and written by high-profile film critics and academics, including Mark Kermode, Roger Luckhurst and Kim Newman. 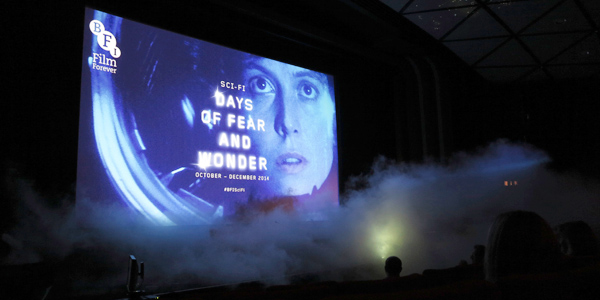