LOVE: FILMS TO FALL IN LOVE WITH… FILMS TO BREAK YOUR HEART 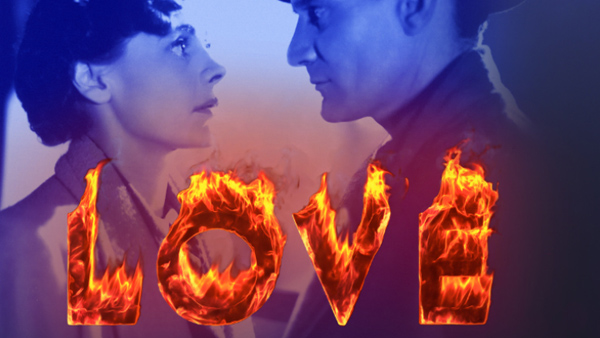 A major BFI Southbank programme will begin on 19 October and run until 31 December 2015, and will feature film and TV screenings, events, Q&As, panel discussions and special previews, kicking off with a special launch event on October 24 looking at Leading Ladies – from Diane Keaton through Kate Winslet, Jennifer Anniston and Amy Schumer, leading ladies have stolen our hearts with career-defining roles in romantic dramas and comedies. With these genres at risk of decline as action conquers the big screen, and the pressures on women to fit an industry-wide image being challenged, this event will ask a panel of leading actresses, broadcasters, directors, critics and screenwriters what happens next for leading ladies.

Key highlights from the special events programme will also include, on November 7, a celebration a of the 20th anniversary of the much-loved Bollywood romance Dilwale Dulhania Le Jayenge (DDLJ) (1995), a film which holds the world record for continuous cinema exhibition, at over 1000 weeks at the Maratha Mandir cinema in Mumbai. Jane Austen Day on 21 November will encourage audiences to dress to impress in 90s threads or regency regalia, with screenings of Clueless (1995) and Sense and Sensibility (1995), Regency Dance Classes with Nonsuch, and a 90s ‘Valley Party’ to end the night in a style befitting Cher Horowitz. Gina Prince-Bythewood’s Beyond the Lights (2015) stars Gugu Mbatha-Raw as superstar singer Noni, who is crumbling under the pressures of fame; Mbatha-Raw and Prince-Bythewood will take part in a Q&A following a screening on 29 October. Prince-Bythewood will also take part in a Q&A following a screening of her charming debut feature film Love and Basketball (2000). Writer Christopher Hampton will take part in a Q&A following a screening of Dangerous Liaisons (1988) on 26 November, while the season will also include industry experts offering insight into their creative processes with special events including Tess Morris on Scripting Romcom and Costumer Design with John Bright. Plus there will be a very special edition of BUG on 3 November to celebrate The Beatles’ pioneering promotional films and formative pop videos. On the eve of the release of a video collection of The Beatles’ No. 1 hits, BUG’s regular host, comedian and music video fanatic, Adam Buxton, will present some beautifully restored films and real rarities on the big screen, telling the stories behind the work and adding his inimitable take on The Fab Four’s massive influence on the pop video. 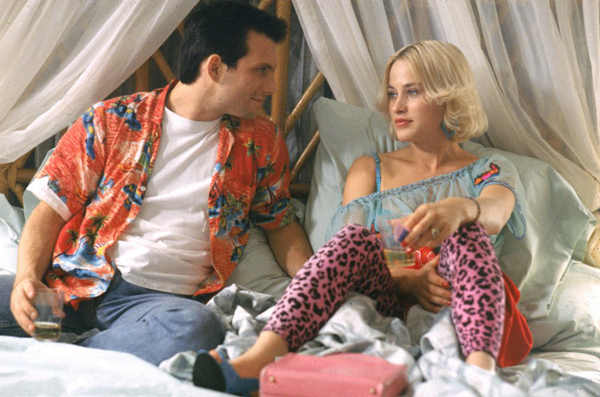 Love has always been a prime motivator for TV Drama – who could forget the impact of Colin Firth and Jennifer Ehle in the BBC’s production of Pride & Prejudice (BBC 1995), or the power and fury of Den and Angie’s tempestuous relationship in EastEnders (BBC 1985-present). The season will celebrate this with a variety of dramas from the infamous Bouquet of Barbed Wire (LWT 1976), to a host of rarely seen archive treasures such as Staying On (Granada 1980). TV has also played a vital part in breaking taboos such as race and disability, and the season will include discussions which examine both of these themes. Race & Romance on TV will be discussed with an industry panel including author and director, Gurinder Chadha and actor Adrian Lester, while Love & Disability: Shifting Perceptions on TV will be an industry panel looking at how TV has made efforts over recent years to shift perceptions of disability and to engage with the disabled community in order to present them as rounded individuals with active love lives. The panel including writer Jack Thorne and actor Victoria Wright will engage with dramas such as Cast Offs and reality programmes like The Undateables, to consider TV’s achievements and failures and hopes for the future.

Other key events will include More Than a Feeling: How Your Brain Responds to Romance at the Movies, bringing together scientists working in cutting-edge neuroscience and psychological research with filmmakers to conduct live audience experiments to examine how romantic scenes in films affect us; Falling in Love with the Stars will examine cinema’s great romantic leads; Love, Sex and the Cinematic City will survey the sites for seduction, romance and infidelity in the cinematic city; The Feminist’s Guide to Love on Screen will discuss love, romance and sex as feminist issues, with filmmakers Desiree Akhavan (Appropriate Behaviour) and Campbell X (Stud Life), film theorist  Laura Mulvey, critic Sophie Mayer and the BFI’s Jane Giles.

Film previews will include Todd Haynes’ hotly anticipated Carol (2015), starring Cate Blanchett and Rooney Mara, while regular BFI strands including Family, BFI Flare, Sonic Cinema and Cult, will all be part of BFI LOVE. Family favourites will include Rob Reiner’s cult classic The Princess Bride (1987), Studio Ghibli’s critically acclaimed Whisper of the Heart (1995), and both the animated and live-action versions of Disney’s Cinderella (1950 and 2015). The Cult strand will take on Animal Love, screening the curious Night Tide (1961), starring Dennis Hopper as a man who falls in love with a mermaid, and Cat People (1982), Paul Schrader’s romance between and a zoologist and a young woman with a dark family secret. Sonic Cinema events will include The Music of Love on Screen, hosted by author and composer Neil Brand and a screening of Out of Africa (1985) also introduced by Brand. BFI Flare screenings will include Kiss Me (Kyss mig) (2011), Brokeback Mountain (2005) and Sunday, Bloody Sunday (1971).

The BFI Southbank season will be completed by an extensive film and television programme with titles connected to BFI LOVE’s three key themes – The Power of Love, Fools for Love and Fatal Attractions.