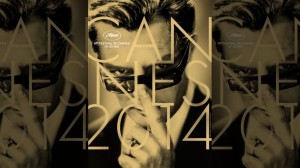 “Grace of Monaco” (Olivier Dahan, France-U.S.-Belgium-Italy) Nicole Kidman stars as Grace Kelly in Dahan’s 1960s-set biopic, which, as previously announced, is kicking off the festival out of competition. The Weinstein Co. is distributing the film Stateside. (Sales: Lotus Entertainment)

“Clouds of Sils Maria” (Olivier Assayas, France-Switzerland-Germany) IFC has Stateside rights to this English-language picture about an actress who withdraws to the Swiss town of the title, starring Juliette Binoche, Kristen Stewart and Chloe Grace Moretz. Assayas was previously in competition with “Clean,” “Demonlover” and “Les Destinees sentimentales,” but has yet to win a Cannes prize. (Sales: MK2)

“Foxcatcher” (Bennett Miller, U.S.) Once slated to open last year’s AFI Film Festival before being pushed to 2014, this third feature from the highly regarded director of “Capote” and “Moneyball” is an account of the murder of Olympic wrestling champion Dave Schultz. Sony Classics is releasing the film Stateside. (Sales: Panorama Media)

“Goodbye to Language” (Jean-Luc Godard, Switzerland) Previously at the festival with 2010’s characteristically cryptic “Film socialisme,” Godard will make his seventh appearance in competition (if you count his contribution to 1987’s “Aria”). His latest offering will be presented in 3D. (Sales: Wild Bunch)

“The Homesman” (Tommy Lee Jones, U.S.) Set around his period Western is the actor-director’s first helming effort since his 2005 debut, “The Three Burials of Melquiades Estrada,” which won two prizes at Cannes (including an acting award for Jones). (Sales: EuropaCorp)

“Jimmy’s Hall” (Ken Loach, U.K.-Ireland-France) Reportedly the British realist’s final fiction feature, this drama about the Irish communist leader James Gralton will mark Loach’s 12th time in competition. He won the Palme d’Or in 2006 for “The Wind That Shakes the Barley” and recently received a jury prize for 2012’s “The Angels’ Share.” (Sales: Wild Bunch)

“Leviathan” (Andrei Zvyagintsev, Russia) A multi-character fusion of social drama and sci-fi set in a “new country,” Zvyagintsev’s fourth feature marks his first return to the Cannes competition since 2007’s “The Banishment”; his previous film, “Elena,” closed Un Certain Regard in 2011. (Sales: Pyramide)

“Le Meraviglie” (Alice Rohrwacher, Italy-Switzerland-Germany) One of two female directors in competition this year, Italian writer-director Rohrwacher delivers her second feature after her 2011 Directors’ Fortnight entry, “Corpo celeste.” It’s the story of a 14-year-old girl in the Umbrian countryside whose secluded life is shattered by the arrival of a young German ex-con. (Sales: The Match Factory)

“Maps to the Stars” (David Cronenberg, Canada-U.S.-France-Germany) This satire of the entertainment industry will be the Canadian auteur’s fifth film to screen in competition at Cannes (following “Crash,” “Spider,” “A History of Violence” and “Cosmopolis”), and his second consecutive collaboration with star Robert Pattinson. It could also be his first film to win the Palme d’Or. (Sales: eOne)

“Mommy” (Xavier Dolan, France-Canada) One of the younger directors to crack the competition (at age 25), the Quebecois helmer scooped up multiple Critics’ Week prizes for his 2009 debut, “I Killed My Mother,” and entered Un Certain Regard with “Heartbeats” and “Laurence Anyways.” His latest is a relationship drama starring Anne Dorval, Suzanne Clement and Antoine-Olivier Pilon. (Sales: eOne)

“Mr. Turner” (Mike Leigh, U.K.) A four-time veteran of the Cannes competition who won the Palme d’Or for 1996’s “Secrets & Lies” and director for 1993’s “Naked,” the British master will return to the festival with this portrait of the 19th-century painter J.M.W. Turner, starring Timothy Spall and Lesley Manville. Sony Classics is distributing in the U.S. (Sales: Sunray Films)

“Saint Laurent” (Bertrand Bonello, France) Not to be confused with Jalil Lespert’s “Yves Saint Laurent,” the other recent biopic of the French fashion designer, Bonello’s film stars Gaspard Ulliel, Louis Garrel and Lea Seydoux. The helmer was previously in competition with 2011’s “House of Pleasures” (then titled “House of Tolerance”) and 2003’s “Tiresia.” (Sales: EuropaCorp)

“The Search” (Michel Hazanavicius, France) Berenice Bejo and Annette Bening topline this drama centered around the bond between an NGO worker and a young boy in war-torn Chechnya. A remake of Fred Zinnemann’s Oscar-winning 1948 film of the same title, it marks Hazanavicius’ return to the Cannes competition after his 2011 prizewinner, “The Artist.” (Sales: Wild Bunch)

“Still the Water” (Naomi Kawase, Japan) By now a Cannes competition regular, Kawase won the Grand Prix for 2007’s “The Mourning Forest” and received the Camera d’Or for her 1997 debut, “Suzaku.” Her latest film is set on the Japanese island of Amami-Oshima and centers on a young couple trying to solve a mysterious death. (Sales: MK2)

“Timbuktu” (Abderrahmane Sissako, France) The Mauritanian-born, Mali-raised director, who was previously at Cannes with 2006’s “Bamako,” tells the story of a young couple who were stoned to death in northern Mali for the crime of “not being married before God.” (Sales: Le Pacte)

“Two Days, One Night” (Jean-Pierre and Luc Dardenne, Belgium) Marion Cotillard, Fabrizio Rongione and Olivier Gourmet star in this story of a young woman trying to convince her colleagues to give up their bonuses so she can keep her job. Already acquired by Sundance Selects for the U.S., it will be the Belgian brothers’ sixth film to compete at Cannes; they have won the Palme d’Or twice, for 1999’s “Rosetta” and 2005’s “L’enfant.” (Sales: Wild Bunch)

“Wild Tales” (Damian Szifron, Argentina-Spain) Pedro Almodovar is one of the producers of this series of comic sketches from Argentinean writer-director Szifron, making his first appearance at Cannes. (Sales: Film Factory)

“Winter Sleep” (Nuri Bilge Ceylan, Turkey-Germany-France) This three-hour-plus drama is set in the titular landscape of Ceylan’s previous film (and 2011 Cannes Grand Prix winner), “Once Upon a Time in Anatolia.” The rigorous Turkish auteur also won the festival’s directing prize for 2008’s “Three Monkeys” and the Grand Prix for 2002’s “Distant.” (ZeynoFilm)

OPENER: “Party Girl” (Marie Amachoukeli, Claire Burger and Samuel Theis, France) This directorial debut for all three co-helmers tells the story of a 60-year-old nightclub hostess who finally decides to settle down by marrying a member of her clientele. It was selected to open Un Certain Regard “because we’ve noted that the young French cinema is in a state of fervor and vitality, and we need to encourage it,” Fremaux said. (Sales: Pyramide)

“Amour fou” (Jessica Hausner, Austria-Luxembourg-Germany) This follow-up to Hausner’s acclaimed 2009 drama “Lourdes” is “a parable about the ambivalence of love” inspired by the suicide pact of the 19th-century poet Heinrich von Kleist and his friend Henriette Vogel. (Sales: Coproduction Office)

“Away From His Absence” (Keren Yedaya) This is the third feature from Israeli helmer Yedaya, who was previously at Cannes with 2009’s Jewish-Arab love story “Jaffa” and her 2004 Camera d’Or winner, “Or (My Treasure).”

“The Blue Room” (Mathieu Amalric, France) The French actor-helmer, who won a directing prize for 2010’s “On Tour,” stars along with Lea Drucker in this adaptation of a 1964 Georges Simenon novel. (Sales: Alfama)

“Fantasia” (Wang Chao) The Chinese writer-director was previously in Cannes with his 2006 Un Certain Regard prizewinner, “Luxury Car.”

“Force Majeure” (Ruben Ostlund) Formerly titled “Tourist,” Ostlund’s fourth feature was shot at a ski resort in France and deploys “aesthetic and narrative codes that are completely different from what we’re used to,” said Fremaux. The Swedish helmer was previously at Cannes with 2011’s “Play” and 2008’s “Involuntary.” (Sales: Coproduction Office)

“Incompresa” (Asia Argento, Italy-France) Argento has been a fixture of the festival as a director (2004’s “The Heart Is Deceitful Above All Things”) and an actress (“Boarding Gate,” “The Last Mistress,” “Go Go Tales,” “Dracula 3D”). Her latest helming effort, which features Charlotte Gainsbourg, takes its title from that of Luigi Comencini’s “Incompreso” (“Misunderstood”). (Sales: Paradis Films)

“Lost River” (Ryan Gosling, U.S.) Until now known under the title “How to Catch a Monster,” Gosling’s writing-directing debut, which was acquired last year by Warner Bros. for U.S. distribution, is a Detroit-shot fantasy-drama starring Christina Hendricks, Saoirse Ronan and Eva Mendes. The actor has been a frequent visitor to Cannes lately in films including “Drive,” “Only God Forgives” and “Blue Valentine.” (Sales: Sierra/Affinity)

“Run” (Philippe Lacote, France-Ivory Coast) Ivory Coast native Lacote shines a light on his country’s violent history with this drama about a runaway who has just killed the prime minister of his homeland. (Sales: BAC Films)

“Snow in Paradise” (Andrew Hulme, U.K.) This Kickstarter-funded debut feature for editor-turned-director Hulme is “very contemporary,” says Fremaux. It tells the story of a petty criminal in London’s East End who seeks redemption through Islam. (Sales: The Match Factory)

Untitled (Lisandro Alonso, Denmark-U.S.-Argentina) Viggo Mortensen stars in this drama about a father and daughter journeying from Denmark to an unknown desert. It’s the Argentine auteur’s first feature since his 2008 Directors’ Fortnight entry, “Liverpool.” (Sales: NDM)

“Maidan” (Sergei Loznitsa, Ukraine) A Fremaux discovery and two-time Cannes competition veteran (with 2010’s “My Joy” and 2012’s “In the Fog”), Loznitsa here directs a documentary on the protests in the Ukrainian capital’s central square.

“Silvered Water” (Mohammed Oussama and Wiam Bedirxan, Syria-France) A portrait of violence in modern-day Syria as filmed by multiple video activists in the besieged city of Homs, tied together by Oussama, who is currently exiled in Paris. (Sales: Films d’Ici)

CELEBRATION OF THE 70TH ANNIVERSARY OF LE MONDE