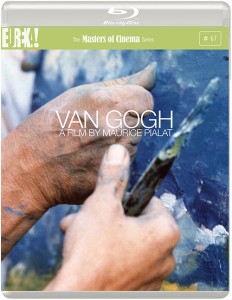 The clue to defining impressionism lies in the name – it’s about the impression of a place, time or person rather than the details. Vincent Van Gogh, one of the most famous impressionist painters, was incredibly successful at this, capturing the mood of a moment with thick, short brush strokes that are nonsensical and colourful up close but seen in the context of the whole picture capture a vitality that is sometimes left wanting in realism. Director Maurice Pialat could do with taking a leaf out of the impressionists’ book, as his depiction of the last few weeks of Van Gogh’s life often feels laboured and dragged out, lacking the vibrancy and energy of the subject’s paintings.

Admittedly, the aesthetic of the film is suitably painterly: people don’t just sit in Van Gogh, they drape or hunch like the subjects of an artist’s gaze; each frame is meticulously composed to look like it could have been rendered in watercolours, not celluloid. It is an undoubtedly beautiful film and, in this sense at least, Pialat captures the spirit of the artist. Structurally, however, Van Gogh is a chore, capturing the last seventy or so days of the painter’s life apparently in real time. The camera lingers on scenes for far too long when an impressionist may flit between these moments with a far more energetic edit. The 158 minute running time gives too much breathing time for scenes that hold little interest beyond showing these dying days in intimate detail, but such detail betrays the methods of the man being depicted. If this was a self portrait, one senses that it may have been a swifter, far more engaging 90 minutes. 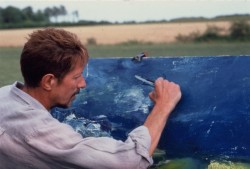 DVD Extras: Eureka have packed the release with features, including interviews and tributes to the director, a documentary by Pialat about Van Gogh and interviews with the cast. There’s also a 56 page booklet with a letter from Godard to Pialat after seeing the film and more interviews with the director. Pialat fans will rejoice.
Van Gogh is out on September 23rd