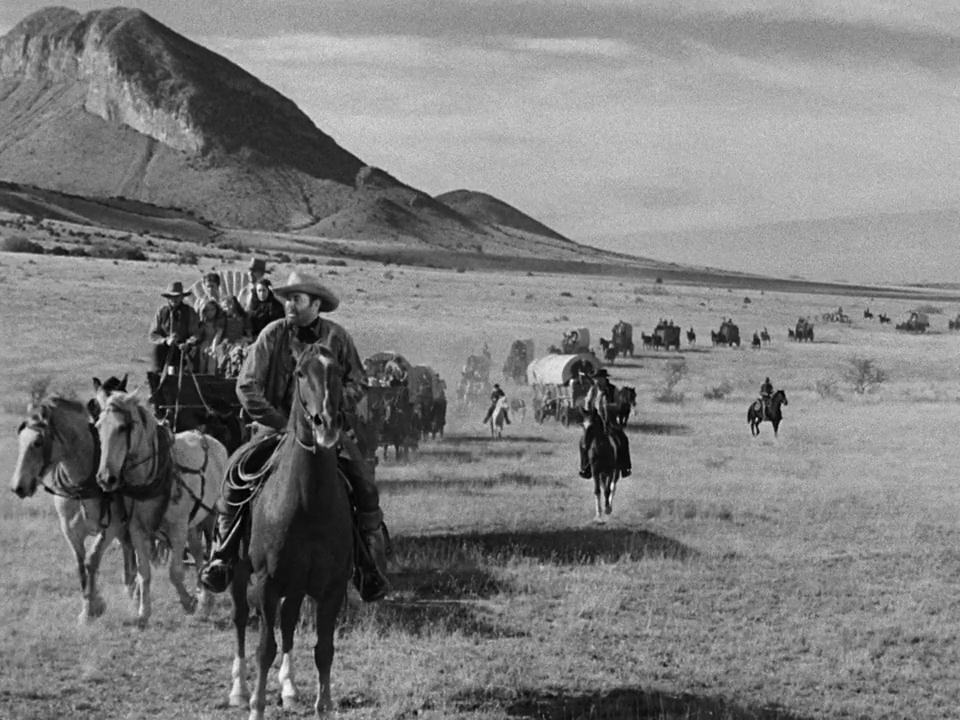 The first of Howard Hawks’ five westerns, Red River is often credited as being the finest western of the 1940s. And, despite the fact I always try to view a film with a disregard for its reputation, there’s genuinely very little I can say to dispute that. It is a very, very fine film indeed.

Red River tells the story of an epic post-civil war cattle drive up the Chisholm trail. John Wayne plays Thomas Dunson, a frontiersman who abandons a westbound wagon train in 1851 to make his future as a rancher in Texas. In doing so he also abandons his fiancee who is killed in an Indian raid a short time later. The sole survivor of this raid is Matthew Garth, a young orphan whom Dunson adopts as his son. Over the next 14 years he builds up one of the largest ranches in the entire state of Texas. Unfortunately, as a result of the economic ruin wrought on the state in the aftermath of the Civil War, Dunson finds it is all worthless. So he decides to move his herd (nearly 10,000 cattle) to Missouri over 1000 miles away, where there is a market for beef, but also where territory is controlled by border gangs hundreds of men strong that stop every cattle drive and where natives pick off what the gangs leave behind. As Dunson drives his men harder and harder, rifts appear in the group and the majestic cattle ride becomes one of rivalry, mutiny, and revenge. 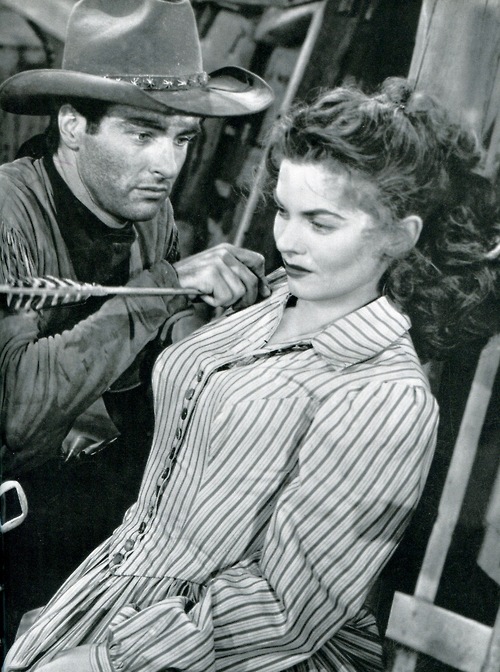 Those approaching the film with no cinematic history should make no mistake; this is a landmark Western. Howard Hawks’ masterful production and direction mean the film is alive with spectacle and grandeur. Red River unforgivingly depicts the hardships that the group face on this endurance-test of a trip: the heat, the dust, the violence.

John Wayne is, naturally, as cool as a cactus. The film features one of his unexpectedly darker performances, a counter to his usual heroic screen persona (one that foreshadows his seminal role in The Searchers). Indeed one of the things that makes this such aground-breaking film within the genre is the psychological complexity at play in these characters. This is mainly displayed in the compelling father/son relationship between Dunson and Matt Garth, who is played with real vim by the great Montgomery Cliff (in his first ever film role). The evolving dynamic between these two masters is at the films core and is arguably the biggest part of what makes it such arresting cinema.

I should quickly mention that the flying sparks are beautifully balanced by Walter Brennan, who simultaneously relieves the audience with some light comedy while maintaining a character both genuine and tough.

The scenery is stunningly shot and there are some wonderful moments, as stirring as they are iconic. One that immediately comes to mind is the moment in which Dunson proclaims “Take ‘em to Missouri, Matt…” and a series of close-ups show cowboys whooping and screaming prompt a thrilling cattle stampede, all accompanied by Dimitri Tiomkin’s rousing score.

This really is among those films that deserve a blu ray re-release: Russell Harlan’s cinematography is superlative, Hawks directs his regulars with expertise, and its vein of dark comedy means it’s as entertaining as it is exhilarating.

The finest Western of the ’40s? Believe the hype. 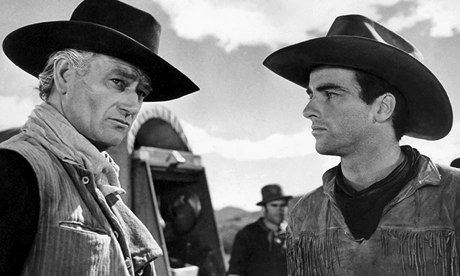