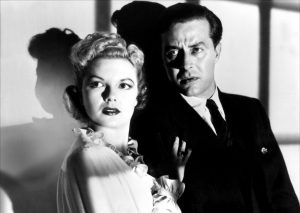 Graham Greene’s novel was always courted by Fritz Lang. He wanted to translate it to the screen and he even bid on the rights. When he lost out to Paramount, he left it and expected never to see it again. However when the studio returned to him, offering him it he jumped at the chance.  Stephen Neale (Ray Milland) is released from Lembridge Asylum. He is to return to London and to his real life. What he finds is a fete and a guess the weight of the cake. When he is passed details of the weight of the cake in question by a fortune teller, it seems his life is on the up. That cake however will begin an adventure with Nazi spies, murder and a police chase. 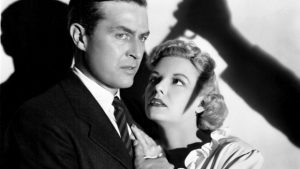 ‘After reading the script, Fritz Lang wanted out of it…’ That is the statement with which Tony Rayns discusses Lang’s work on MINISTRY OF FEAR. This seems to be what Lang felt about the film he had wanted to buy and make. Why? Well you could say he would have been rather dulled by the simply script. However if you listen to the other excellent essay piece from Adrian Wooton, you find that 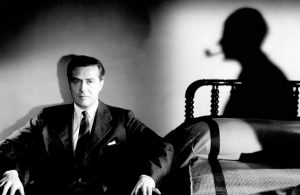 Seton J Miller was an Oscar winner and he had the weight to get the film made. He choose Lang and seemed to push the piece for him. You can see Lang riff his own works (earlier with M and the staircase, later and the bomb and BIG HEAT), he also seems to build a thriller and a romance with equal shifts in tone and pace. The script actually seems to play to Lang’s feel for that. Miller might actually rightly be called the constructor of the film as its assistant producer. Lang wouldn’t have completed it without him. 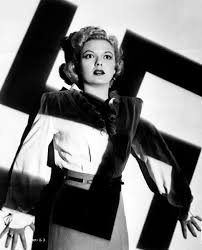 The Disc. The 2K seems to have clear up some of that noise on the picture which appeared in the DVD. This was very telling in the exterior scene with the blind man. Now this said, it still does not seemed to be a step up from the DVD transfer in my opinion. The Optimum version that is. The extras are very good (we expect anything else from our friends at powerhouse?). The top Five are in descending order. Five- Samm Deighan essay on the film. Deighan discusses the legacy of war, participating in war and the murky areas within.  Four- Graham Greene reviews FURY (a film that should get a Powerhouse release!), discusses Lang and the MOF development. Three– Tony Rayns appreciation is a vast information dump about Lang. He brings out Langs auto biographical details about his own life then dismisses them, focuses on Bogdanovich interview and expands on it. 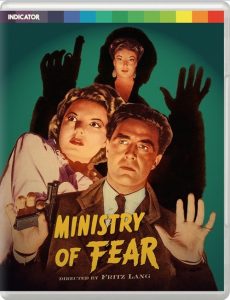 Two- Neil Sinyard selected scene commentary comes to its peak on the train and bomb scene at the start with its Lang hero / Lang universe themes. One- Wotton talks Greene. He talks Miller. He talks and talks. Its all so good. Wotton gets Greene’s ideas. He gets what Lang wanted for the film (Artifice is central).