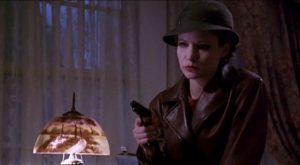 Robert Altman is the cineaste auteur of choice. Those holding pretension of cinema as major art form per excellence, hold his work up with regard. 1996 KANSAS CITY is a film that suffered some what critically. Sparsely shining and often derided. The story is simple enough. A kidnapping of a socialite Carolyn (Miranda Richardson) by Blondie O’Hara (Jennifer Jason Leigh), seems strange. 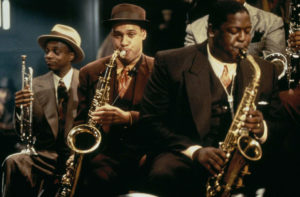 However things become clearer. Johnny (Dermot Mulroney), her beau has been messing with the wrong man. He set up a steal from Seldom Seen (Harry Belafonte), a Kansas City mob boss. Blondie refuses to let this pass. Carolyns prominent government husband (Michael Murphy) could help. He could swing it for them to be raided and problems solved. However the problem is not gonna be that easy to solve. Altman’s take on the Roaring 30’s, is not his first. 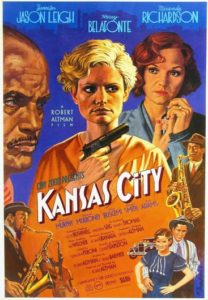 THIEVES LIKE US, took depression era, rural America at face value and re formed it. He was an exceptional director at doing this. Using form and style, in a fusion of meta cinematic tools. Often producing films that were intelligent and a little subversive. Arrow Academy has realised  from Altman’s catalogue, a film that had suffered and shined. I hated it to be honest on first view. It felt like a main stream film. It has a lack of skill in its editing, direction and felt watered down in way of cinematic substance. On review, it is less of an car crash. It is an ally to Altman’s filmography. Yes, it is weaker. Less robust or rounded certainly. Its far more a piece that explores a time. Timely and troubling in a way that is clever and profound. Yes it is far from his best, but it is also has enough touches to make a new entrant see what is on offer. 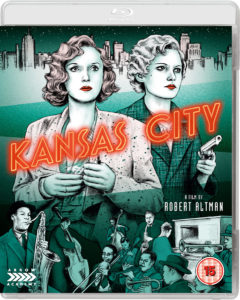 HD transfers are a thing. This one has some major light issues. The tendency is to go dark or go blown. This is dark and in a way that blocks the viewing experience.

Few are on offer. The best? Gare, Trains et Déraillement. Great analysis of the film as a work of art. Form and function. Contorting images and words. The worst. Those music video stuff…