Jane Got A Gun DVD review

Jane (Portman) has had a tough life so far that it has ran. She was in love with one man called Dan Frost (Edgerton), he went to war and for three years she heard nothing. When the days drew long and the wagons were moving, she had no choice but to join them heading west. On that journey she meet criminal thug and nasty sort Bill Hammond (Emmerich). He was tough but also had a heart and she fell for him. They had a child which drew them closer but also made for unhappy times when Frost returned. He had been looking for Jane and found her in the arms of another, this another also being a criminal, made it hurt even more. Now add to this life so far the deadly evil Colin McCann (Macgregor). He wants Hammond for a double cross and Frost for his services of dispatching a foot soldier of the group. So when he almost has Hammond killed in a wild shootout, after almost capturing him, his men smell blood. They track him to the house he shares with Jane. Now Frost, Jane and Hammond have to join together to kill off the enemy of all three. 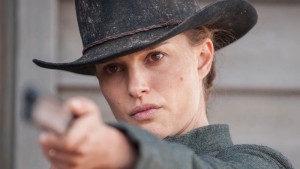 If you have read the press and seen the story, then you will know that this film has taken as much lead as Hammond does at the very start of its length. In my humble opinion it is mostly undeserved. I know what the problem is. The behind the scenes shifting of director and cast always gets the backup of the press of the film kind. Then couple this with the rather uncertain role of Edgerton (Who swapped roles from villian to love interest. A hard job to do indeed) and you can see the problems in the films core and the response from the film media. Now to the film itself and it is actually very well balanced. Portman plays her role very well, with tones of weakness and strength mixing. Edgerton is gruff but human and makes for an unexpected lead. Macgregor is a bit ham in his role and often is off the scale of silly, which jarrs. Visually the film looks grand and the night scenes are a delight. So is the final shootout that is well tendered and planned. All in all it is a film that has missed a mark because the press wanted blood and got it. In truth it is a well put together but expected western.  The genre needs feminist development in its range and this gives something to the genre and that cinema. 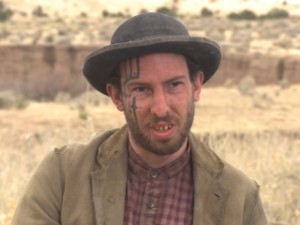 The DVD has few extras sadly of note and as such I would say that the disc is a discount must but not a first release maybe.