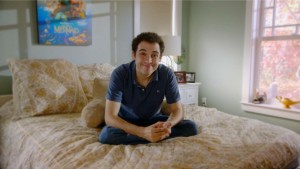 Life, Animated is one of the most heart-warming and compelling documentaries of the year. Following the incredible story of Owen Suskind, a boy who at the age of three developed a form of regressive autism that forced him to withdraw into silence. Owen, who showed much promise in his early years and who was an outgoing child by all accounts, suddenly changed overnight and his parents had no idea what they could do next. They began to give up hope and found communicating with Owen difficult and almost non-existant until they found that he was trying to communicate with them via the Disney films.

Through these films that he came to love and cherish, Owen found a way to communicate as well as understand the world around him; he learnt about relationships, adventures and emotions through these films and whilst it was difficult for him to vocalise how they felt, there was bound to be a film that would help him illustrate.

Director, Roger Ross Williams has done a fascinating job exploring the story of Owen and his relationship with these films as well as looking at Owen now as a young adult as he discovers how to deal with the real world outside of these films and what happens when he moves away from home for the first time. The family narrate the story, guiding the audience through his wild ride, filled with stories of hope and sadness, excitement and adventure. Williams has expertly crafted a documentary that utilises the traditional talking heads, but also mixes it together with archive footage, with new fly on wall footage of Owen today as he works hard to move out from home and into a special facility for adults with autism, key footage from Disney films and a new animated film called ‘Land of the Lost Sidekicks’, which is a short story that Owen wrote to put into words how he felt growing up without a voice.

Owen’s father, Ron Suskind, a well known journalist in his own right wrote the book on which this film is based and 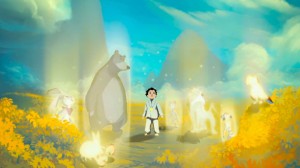 you can really tell that Ron is a storyteller because his interviews are often the moments when the audience’s heartstrings are pulled on hardest. In particular a moment when he has the first proper conversation with his son following the onset of the autism – it has been a few years and Ron tries communicating with Owen through a puppet of a character he found on the floor of his son’s room. He lays on the floor and Owen genuinely believed he was talking to the character and he manages to talk back to him – this is how they communicate to begin with and Ron starts to learn what is going on inside Owen’s head.

The Owen we see today is a charming, well meaning and intelligent adult who works on putting together his own Disney clubs for people like him – his own experiences have shaped how he deals with the world and he learns more everyday.

Life, Animated is one of those stories that really deserves to be seen – it’s a beautiful story of a family working together. It’s genuinely affecting and bound to leave you with a smile afterwards. Hugely recommended.