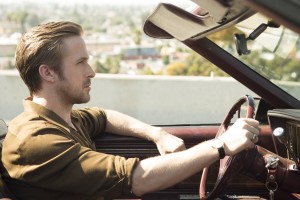 The exhilaration. The exquisite execution. The exemplary double act. The visceral vitality of Whiplash as the beads of sweat that hit the cymbals of Miles Teller’s drum kit earned the respect of J.K Simmons’ relentless instructor. The phrase ‘good job’ leveled at its distinguished director Damien Chazelle simply didn’t cut it, orchestrating a stunning show-stopper through a musical genre that is arguably deemed outdated and uncool by the modern masses. Now, he is presented with the daunting challenge of the difficult second album.

Accusations are consistently directed towards the Hollywood elite, that the mainstream machine they pedal is bereft of creative and original ideas. A culture now obsessed with endless sequels and redundant remakes, as disillusioned audiences feel the need to abandon the multiplexes. Sometimes, you have to go right back to the beginning of a cinematic golden age. Rediscover what made yourself and fellow cinephiles fall in love with the art form to start with. To ultimately move forward and create an authentic ‘product’ that is purposeful and pure in its content. A character trajectory that this film’s golden couple are happy to embrace. La La Land is a transcendent tribute to ‘the ones who dream’.

Set in the ‘City Of Stars’ Los Angeles, we are introduced to Emma Stone’s Mia and Ryan Gosling’s Seb who are both at a career crossroads. In regular contact with the starlets that grace the coffee shop she works in, Mia continues to strive to be a similar sought-after commodity. Whether restricted by mobile phones or the victim of a brutal cut-off by cutthroat casting directors, she finds the audition process disheartening and exhausting.

Whilst Seb is a passionate jazz player whom is desperate to propel such music back into popularity with the creation of his own club, yet is oppressed by the likes of J.K Simmons’ bar manager who restricts him to playing musical choices on piano which he believes are soulless. Initially locking eyes with Mia in fleeting fashion, it lays the groundwork for a sweeping romance between the two where self-expression is truly encouraged. 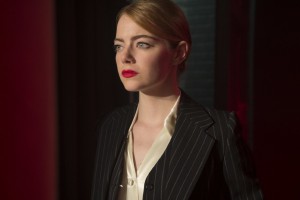 Within the first five minutes of its astonishing intro on an LA highway, La La Land genuinely had me in a flood of joyful tears. For a cinematic work to instantly connect with you within a handful of thrilling frames, merely reinforces just how potent the power of cinema can be. The camera vibrantly shimmying and swaying to the figure movements of its committed cast in dazzling fashion, implying the retro razzle-dazzle often instilled within the MGM genre classics of the 1950’s such as Singing In The Rain, is still alive and well.

The film’s technicolor aesthetic applied by Chazelle merely reinforces this belief as he leads us through his singular and contemporary vision. A beautifully lit mid-shot upon a hilltop with the toe-tapping prowess of Gosling and Stone filling the screen, as he goes one further with a wonderful waltz within an observatory that leaves you completely starry-eyed. Yet dialling down with the impeccable moon and spotlighting to mirror the light and shade of the characters, that sporadically resembles the colour palette of his musical predecessor. The seamless nature in which it shifts from stiflingly intimate to show-stopping spectacle, it’s a minor miracle that the way in which Chazelle incorporates the songs into the narrative, never feels contrived.

They may have mischievously attempted the lift from Dirty Dancing in previous rom-com collaboration ‘Crazy Stupid Love’, but Ryan Gosling and Emma Stone look like they are having the ‘Time Of Their Life’ here. Their collective exuberant energy and commitment to the cause is infectious, but it’s the flaws of these protagonists that truly speak to us as a viewer. Their pain. Their self-doubt. Where so many musicals can leave you cold, their beautifully layered performances are heartbreaking in their emotional resonance as the warmth of their voices and the illuminating instrumentals mesmerise, with one particular soulful solo proving truly overwhelming.

An irresistible love letter to golden-age Hollywood and a cinematic experience to treasure. La La Land is a moving, mesmeric musical masterpiece that will steal your heart.