Elle is, perhaps, a misleading title, for Michèle Leblanc is no everywoman. In as much as anything can be expected of Isabelle Huppert, her latest creation is singularly complex, a provocative woman to match the provocative film of famed provocateur Paul Verhoeven. Ten years since his last film, and as many years again since his Hollywood heyday with Basic Instinct and Showgirls, Verhoeven has finally found a woman whose technical performance skill can challenge and provoke him back. As such, Elle is an electrifying sit – uncomfortable, to be sure, but gripping in its intrigue and compelling in its murky picture of sexual power and psychological intent.

Michèle is the co-founder of a gaming company in Paris, and lives alone in a suburban apartment, aside from her watchful cat. One day, a man in a ski mask barges in and rapes her. Michèle takes a remarkably pragmatic approach to the situation, calmly telling her friends at dinner of what happened, and purchasing pepper spray and an axe for self-protection. 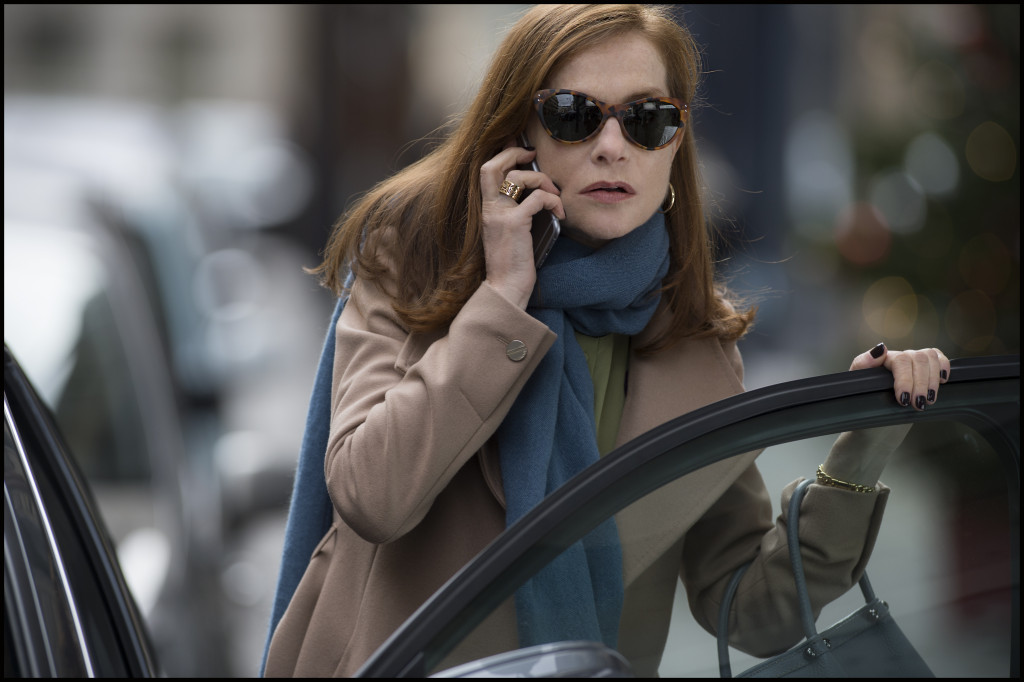 That’s really all that can be offered in terms of narrative progression; to say much more would destroy the intrigue, for sure, but it is also difficult to really describe just what develops in Michèle’s approach to the situation; Huppert is not inexpressive but the unpredictability of her manner and the inscrutability of her face make for a character who could be read in a multitude of ways, and likely wants to be. The story, taken from Philippe Djian’s novel Oh…, folds in back story of the awful crimes Michèle’s father committed when she was a child, loading the media’s implication of her in that history, and the lingering effects of these on her relationships with her mother (Judith Magre) and son (Jonas Bloquet) onto our conception of Michèle and her sexuality.

Despite the bold flavour of this backstory, direct connotations are not what Verhoeven, screenwriter David Birke nor Huppert want the audience to draw here. Elle teeters marvellously between the sort of crass, vivid strokes of Verhoeven’s Hollywood work and the opaque subtleties Huppert’s European films have favoured. It’s easy to imagine the whole enterprise failing spectacularly in any other hands; this, though, is magic, in the blackest of terms. Most audiences – this reviewer included – will leave the cinema mind swirling with questions, reservations, intangible discomforts. Verhoeven and Huppert provoke overwhelming questions about female sexuality, male dominance and brutality, mass media influence, and dozens more strands of society and resolutely refuse to answer any of them. The situation is so boldly singular that any of the answers could be unique to this fiction, and the challenge is to draw the universalities out of something so dark and intimate. 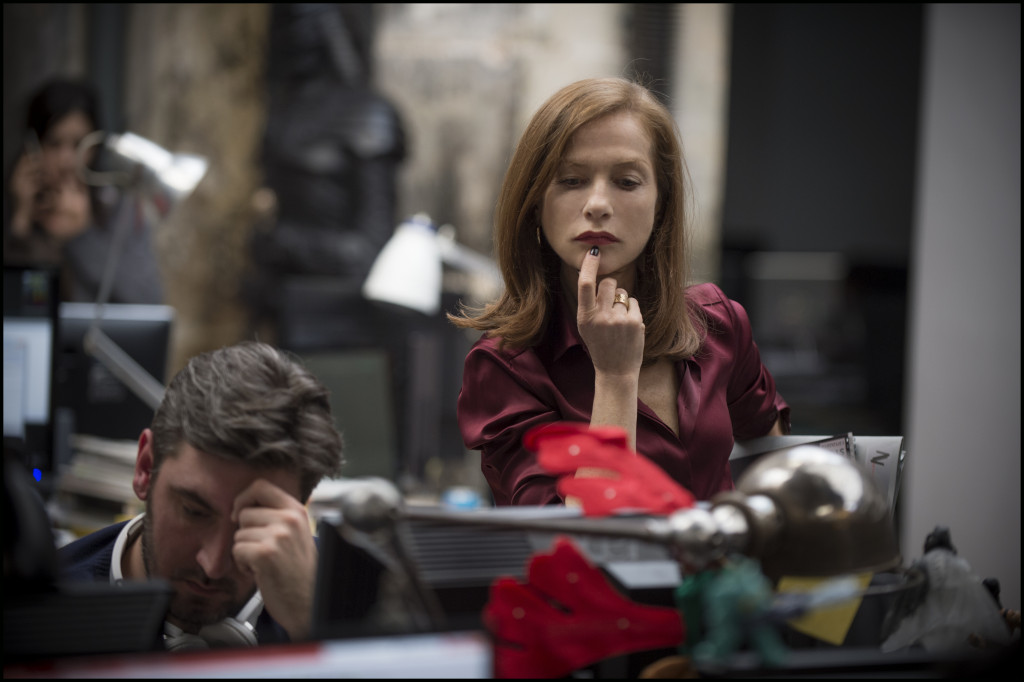 Elle is, to be bold myself, unmissable. It is a complex beast which couples a daring sheen of vengeful rage and sexual provocation and complicates it with a dense, unpredictable characterisation by one of our greatest actresses, who filters a terse, tender conception of a singular woman through society’s contorted lenses of sexuality. Run, don’t walk, and then stumble away, mind whirling.