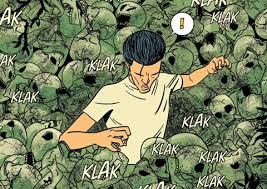 Celeste is both ambitious and ambivalent about the state of humanity, lacking at its core a point other than to make a few average political swipes at society. Taking three separate stories of people from the real (read developed) world. Lilly is set in London, Ron in LA and finally Yoshi in Tokyo. When the world suddenly becomes devoid of other humans or it seems any sentient living creatures, those left must tread through this collective nightmare to expose the reasons. Is it for natural purposes, a natural disaster say or an excuse to dump everyone into equally absurd meta reflection events? 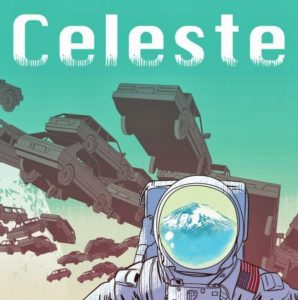 My issue with Celeste can be summed up in the story of its Japanese protagonist Yoshi. You see his journey constitutes less than 1/3rd of the book but is the most explorative and in truth interesting. I got that this is about how we see ourselves and how are lives are our world but it is laid empty when you try to draw so long a story out of it. Yoshi battles his and maybe Japans demons. He also literally stumbles around a series of cliches about what Japanese culture is and what it means to a non Japanese reader. 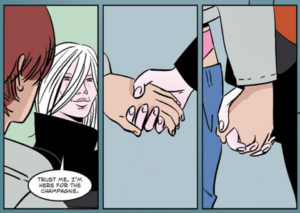 It becomes confused when it tries to then detail this with complexity about what it is Yoshi is searching for. The story is neither weighted enough to be able to cope with this, nor is the skill of the narrative either visually or written able to extend the ideas into any coherent whole. I came to this work with high expectations but leave feeling that it was not really worth mine or even its time.