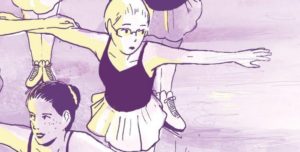 The rink is the most peaceful at 5am. Early mornings are often spent perfecting a twirl, capturing a spin. A world of you against yourself. A world of competition and placing. Where you have to get the grade or get out of the way. A girl trying to understand who she is in this world. She joins the skating world to fit in. She is gay and in love with a girl from her class. She is young and having to escape from bullying. She is scared of telling the world who she is. 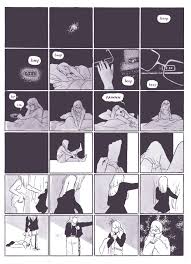 Tillie Waldon has an amazing rate of production. At the age of just 21 she has produced 3 significant novels. Spinning, an autobiographical work, is up there with some of her best work. Her work is always beautifully drawn, often tender in tone and yet still captivating in content. Spinning is no exception. It has a character at its core, who we all identify with. Struggling through that harsh reality called growing up, she is honest with us. She holds nothing back and like a voice of reason, defines her truth within a world that is hard against it. The gentle rolling or should I say gliding narrative, allows for this story to have depth and breadth, far beyond what it is on the surface. Taking from it the sum of what it is to be a teenager and then what it is to be a gay teenager. Then adding what it is to be a competitive skater. In competition and placing. Trying to get to that placing. It is a refreshing piece.