In 2012, Baz Luhrmann returns to our screens with his adaptation of F Scott Fitzgerald’s The Great Gatsby starring Tobey Maguire, Carey Mulligan and Leonardo DiCaprio. Although there have been several unofficial shots cropping up online, Warner Bros. have finally released some stills from the film, check them out below.

Narrated from the point of view of aspiring writer and World War I veteran Nick Carraway (Tobey Maguire), The Great Gatsby sees Nick renting a house on West Egg, Long Island where he encounters some of the rich types who enjoy the high life of the locality, including the enigmatic Jay Gatsby (Leonardo DiCaprio) and some he already knows, including his cousin, Daisy Buchanan (Carey Mulligan).

Their lives seem to be perfect, but most of it seems to be a front, as they’re all bored and carrying on regular affairs. One – between Daisy’s husband Tom (Joel Edgerton) and a woman named Myrtle Wilson (Isla Fisher) ends in tragedy.

The Great Gatsby is due for release December 2012, so keep watching out for information. 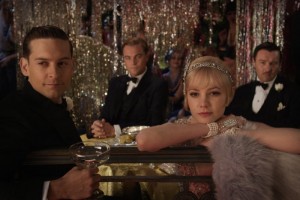 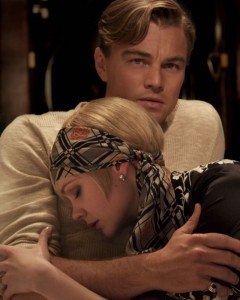