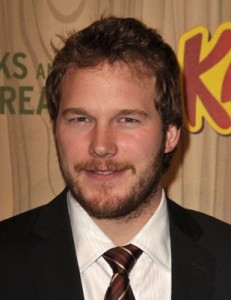 Twitch have reported that Kathryn Bigelow who won an Oscar for The Hurt Locker back in 2010 is looking to Parks and Recreation star, Chris Pratt to star as the main lead in her new film, which is currently untitled but is known online as ‘Kill Bin Laden’.

The actor, who has been on our screens for quite a few years now but really made a name for himself through the NBC hit comedy also starring Amy Poehler and Rashida Jones is currently in talks to star as one of the main army officers in the film.

So far, Bigelow hasn’t had the easiest time with her real life feature follow up to The Hurt Locker since the project was rebooted internally due to the US forces actually succeeding in killing Osama Bin Laden.

Since then there have been accusations that the Obama administration has been illegally feeding the filmmakers classified information about the actual operation to advance their own political agenda, a report that may have led to the proposed release date being pushed back until after the next US federal election.

As well as the political agenda that may be fuelling the film, the slow casting process hasn’t helped pre-production, which is odd considering the press attention that her previous film garnered. It has been rumoured online that Joel Edgerton was to star in the film but has had to drop out since whilst names including Tom Hardy, Guy Pearce and Idris Elba have also been circling.

Currently the only confirmed star is The Great Gatsby’s Jason Clarke, who reportedly landed a role in November. Currently when looking at the names currently on the list, apart from Pratt, none of the actors are American, which is odd considering the film is about a US military operation. Do you think this is due to political allegiances or perhaps certain actors may not want to take part in a film which could cause some uproar? Also, what do you make of a comedian starring in the film, do you think a leopard can change it’s spots?