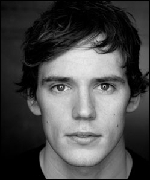 Walt Disney Studios have announced according to ComingSoon.net that 23 year old LAMDA graduate, Sam Claflin is the latest addition to the cast of  ‘Pirates of the Carribean 4: On Stranger Tides’.

The fourth film in the Jerry Bruckheimer franchise is due to be directed by Rob Marshall (Academy Award winning ‘Chicago’, ‘Memories of a Geisha’ and the recent ‘Nine’).

Claflin’s previous roles include historical series, ‘The Pillars of the Earth’ alongside Ian McShane and Donald Sutherland as well as ScyFy produced film, ‘The Lost Future’.

Brit born, Claflin will be making waves as he steps into the role of Philip, a missonary who gets mixed up with Johnny Depp’s, Captain Jack Sparrow on his search for the ‘fountain of youth’. 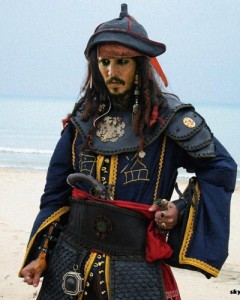 Shooting for ‘On Stranger Tides’ begins in June and will be shot on location in Hawaii, Los Angeles and the UK. Sam will be joining the rest of the cast including Johnny Depp as well as Penelope Cruz, Ian McShane, Stephen Graham, Max Irons and French actress Astrid Bergès-Frisbey.

The fourth film will be based on the Tim Powers’ novel which tells the story of Blackbeard and the Fountain of Youth. A synopsis from SlashFilm says:

“Puppeteer John Chandagnac, bound for Jamaica to recover stolen money from his uncle, becomes Jack Shandy after pirates attack his ship and force him to join their crew. Shandy’s struggle to accept his new life grounds the story for readers, even as Blackbeard and vodun magicians whisk everyone away to dreamlike lands where the Fountain of Youth itself awaits. The chaotic sea battles sing, though at times key events happen so quickly that they get lost in the shuffle as Jack tries to comprehend where he’s going and what’s at stake.”

The original “Pirates of the Caribbean” trilogy starring Orlando Bloom and Kiera Knightly amassed a total international box office of $2.7 billion making it one of the best BO franchises in history.

This new addition to the cast looks like an interesting choice, are Disney trying to replace what they had with Bloom? The prospect of a huge production like this with a variety of international stars, starring an unknown homeboy is interesting, is it time for new talent to be sought out? I will be watching this surefire BO hit and the spotlight will truely be on Sam and what he can bring.