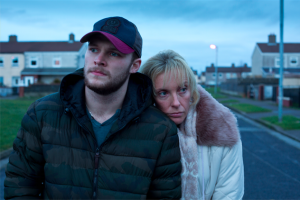 GLASSLAND is written and directed by Gerard Barrett and produced by Ed Guiney (Frank, What Richard Did and The Guard) and Juliette Bonass (Get up and Go, A Date for Mad Mary) for Element Pictures in association with Barrett’s Nine Entertainment. The film is financed by the Irish Film Board and Element Pictures Distribution who will release the film in the UK and Ireland. Executive producers are Andrew Lowe and Gerard Barrett. GLASSLAND is the second feature for Jack Reynor’s breakout performance was in Lenny Abrahamson’s What Richard Did (also produced by Element Pictures), which debuted at the 2012 Toronto International Film Festival and screened at the 2013 Tribeca Film Festival bringing Jack to the attention of Hollywood.

This led to parts in The Delivery Man (2013) with Vince Vaughan and the fourth installment of the Transformers series, starring alongside Mark Wahlberg. Reynor has recently finished filming the upcoming adaptation of Shakespeare’s Macbeth, directed by Justin Kurzel, playing the role of Malcolm alongside Marion Cotillard and Michael Fassbender as well as John Carney’s Sing Street. He is currently shooting Jim Sheridan’s The Secret Scripture with Rooney Mara. Following unanimous praise for his performance in Gerard Barrett’s GLASSLAND, Jack Reynor was awarded a special Jury Prize at the 2015 Sundance Film Festival.

GLASSLAND tells the story of a young taxi driver on the fringes of the criminal underworld, who in an effort to save his mother from addiction and unite his broken family, is forced to take a job which will see him pushed further into its underbelly. Whatever he decides to do, his and his family’s lives will be changed forever.

Released by Element Pictures in the UK and Ireland on 17 April 2015.