‘The Beaver’ trailer is finally on-line.

Following many debates as to the film’s potential future, the trailer for Summit Entertainment’s new film ‘The Beaver’ has finally been released on the internet. The film tells the story of Walter Black, a man who deals with his intense life problems in the rather unconventional method of using a beaver hand puppet. The names attached to the film suggest a promising production, with Jodie Foster directing and starring and a cast including up and coming stars Anton Yelchin (of Star Trek fame) and Jennifer Lawrence (from Winter’s Bones.)

It is, however, due to the film’s main star Mel Gibson that the trailer has only just been released. Shortly after the controversy surrounding Gibson’s alleged racist phone rant it seemed the future of the film was in doubt: however, the release of the  trailer indicates the film is back in the limelight. The trailer seems to show a promising mix of comedy and touching treatment of the film’s subject, and should serve to remind the public of Gibson’s acting talents. Whilst there is as of yet no official UK release date, Summit Entertainment have announced they are hoping for its release in Spring 2011 in USA, so viewers shouldn’t have to wait too long to see the film. 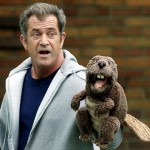